One Life to Live’s Jessica’s Story! 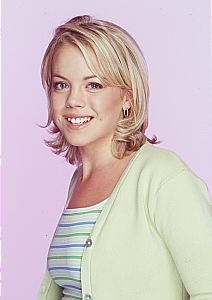 Produced by ABC Daytime and the National Campaign to Prevent Teen Pregnancy, the video included scenes from the time when Jessica Buchanan (previously played by Erin Torpey) became pregnant at eighteen and how it affected those around her, including Jessica herself.

The video was made in order to bring public awareness to the very real issue of teen pregnancy and concentrated on parent-teen communication, teen drinking and sex, male responsibility, and other messages that could contribute to preventing teen pregnancy.

Soaps.com commends the show for always incorporating public awareness into their storylines! If you’d like to know more about the actress’s recent baby announcement, please visit Erin Torpey Expecting!

One Life to Live Video Clip: The...