One Life to Live: Andy Ridings As Dorian Lord’s Assistant! 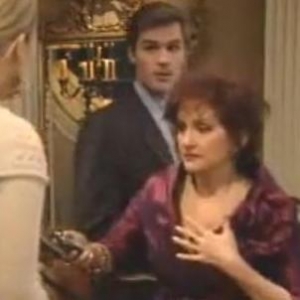 Though information for a lot of dayplayer roles isn’t always released, many have been wondering who the actor is who’s been playing the part of Dorian Lord’s (Robin Strasser) assistant, so Soaps.com went to the show to find out!

ABC tells Soaps.com that Andy Ridings is playing the role of James. He also appeared as Adam Sunshine on All My Children in 2003 and had a role in the 2007 film “Hearts Unarmored” as John.

Like you, fans, we are enjoying Andy in his new role and hope to see more of him in the future. With Dorian as mayor, we can bet she’s going to drive her assistant nuts with all of the Llanview changes ahead. Do you like Dorian as mayor, or would you like to see her in another high-powered position? Please tell Soaps.com below! For news on another new face to hit Llanview, briefly again, please visit Erinn Holmes Returns!

One Life to Live Video Clip: Tea And...