One Life to Live’s Trevor St. John In My Soul To Take! 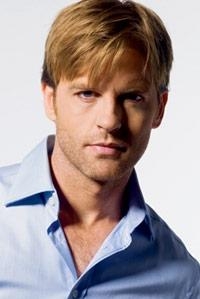 One Life to Live actor Tevor St. John (Todd Manning) is no stranger to the big screen, and he’s just completed another film!

Directed by Wes Craven, Trevor will appear in the 2010 feature “My Soul To Take” as Detective Bobby Lake, who will be thrown into a case involving a serial killer who preys on seven children whose birthdays are the same day the killer was supposedly put to rest…

Soaps.com wants to congratulate Trevor on his latest film role. We’ll keep our readers posted on when the 2010 release date will be. If you’d like to know more about Trevor’s last film, which included a few Llanview co-stars, please visit Trevor St. John’s New Film!