One Life to Live’s Portia Reiners And Jonathan Groff In Twelve Thirty! 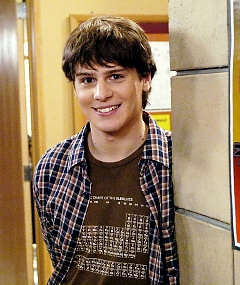 It’s been some time since we’ve heard mention of these two former characters from Llanview’s teen scene but actors Jonathan Groff (ex-Henry Mackler, 2007) and Portia Reiners (ex-Britney Jennings, 2006 – 2007) will be appearing together in an upcoming film!

“Twelve Thirty” is in its post-production stage and surrounds a self-centered young man who finds himself intertwined with a family, consisting of adult child, where much havoc is wreaked… While Jonathan will play the role of Jeff, look for Portia as Mel.

For those who don’t remember the actors’ last Llanview storyline, Britney, the popular girl who was after Cole Thornhart (Brandon Buddy), used and led Henry on, who was obsessed with her, to do her homework and such, until the fatal day when Henry had had enough of Britney’s manipulations… He sped away, while under the influence of drugs, with Cole, Starr and Britney in the car, and ultimately died as a result of a car accident. Britney, who blamed herself for Henry’s destructive behavior, decided to leave Llanview for boarding school.

Soaps.com wants to congratulate the two on their new roles. We’ll be sure to keep our readers updated on any further developments regarding the film’s release date.