One Life to Live: Stephen Markle Returns As Mel Hayes! 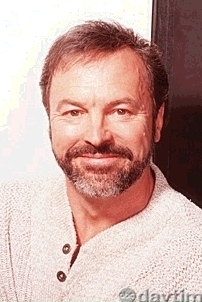 For a while, we have watched as Mel Hayes’ angel has come to Dorian, with hidden messages, trying to get her to do the right thing. Though Mel has been in the form of a woman in these scenes, we’re about to get a real treat when the real Mel returns in 2010!

ABC has confirmed to Soaps.com that Mel Hayes’ portrayer, Stephen Markle, will be making a return to One Life to Live in January 2010! Though it hasn’t been released yet if Mel will appear in angel form – or if he’s really alive – Soaps.com couldn’t be happier that we’ll have the opportunity to once again see this great actor onscreen!

The character of Mel first came to Llanview in April 1997, became close friends with Viki Davidson (Erika Slezak) then ultimately fell in love with and married Dorian Lord (Robin Strasser). However, Dorian never forgave Viki for Mel’s death, after he took Viki’s seat on a flight that crashed in January 1999.

Soaps.com wants to welcome Stephen back to the show, and we can’t wait to see what storyline will surround his return!