One Life to Live: Scott Evans For Mike Capuano! 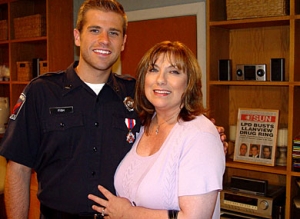 His character, Oliver Fish, recently stood up to state his political view in Llanview, and now One Life to Live actor Scott Evans lends a hand to support his uncle, US Representative Mike Capuano, who’s running for Ted Kennedy’s vacant U.S. Senate seat!

This isn’t the first time a celebrity has publically backed a campaign, but in this case, when it’s family, it just makes it all the more worthwhile! Of course, Scott’s movie star brother, Chris Evans, who appeared in “Fantastic Four,” “The Nanny Diaries” and many other popular hits, is throwing in his backing as well!

Soaps.com wants to send Scott’s family the best of luck during their quest to make Uncle Mike the next U.S. Senate seat holder!

Did you know that Scott’s mom, Lisa, recently appeared in Llanview?

One Life to Live Poll: Charlie's...