One Life to Live’s A Martinez In Becoming Eduardo! 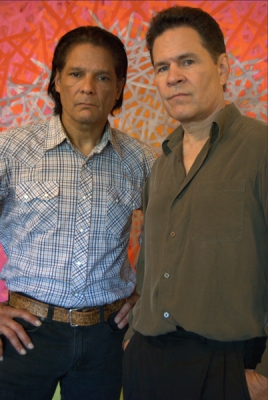 Fans have missed actor A Martinez since he left his One Life to Live role as Ray Montez, but Soaps.com is happy to report that the actor has just finished filming his new movie, “Becoming Eduardo!”

Filmed in the Hillsboro, New Mexico area, A will play Sergio Garcia in the film that surrounds a teenage boy’s struggles of not thinking he’s good enough or more to the point doesn’t think that improving himself will make any difference to those who are similar around him.

Though a release date for the film has yet to be set, Soaps.com wants to congratulate A on his latest project, and we can only hope the writers will one day bring his character back to Llanview!