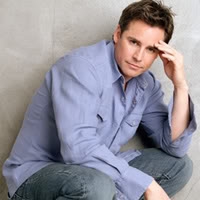 Will he stay this time?

The revolving Llanview door is opening yet again for this fan favorite. Dan will make another return to Llanview beginning November 18. We last saw Kevin onscreen in May 2010. ABC was unavailable to comment on how long the actor would be staying this time. Don’t forget to vote in our poll below to let Soaps.com know how long you want to see Kevin in Llanview.

Find out who else will be arriving in Llanview through our One Life to Live Comings and Goings. Soaps.com is on Twitter @soapoperafan and “Like us” on Soaps.com’s Official Facebook Page where we serve up soap news daily, hot from the presses!

It’s official! ABC has just announced that Dan will indeed be returning to Llanview in early 2010!

Apparently, given Dan’s (Kevin Buchanan) recent appearances on the show, which were originally only supposed to be for three episodes, and the fact that Kelly (Gina Tognoni) will be returning to Llanview in 2010, the Powers That Be are rethinking bringing Kevin back onscreen for a bit longer! No decisions have been made final, at this time, but the fans will be happy to know there’s a good possibly that we’ll be seeing a lot more of Dan’s character in the future!

Dan will be making his return to the show during the week of October 19. Though fans hoped his return would be long-term, he’ll only be back for three epsiodes – and will not be making an appearance in Llanview, rather a certain front-burner storyline will be bringing some Llanview residents to Kevin’s home, which is now in London. Incidentally, Dan’s return will not be connected to Gina Tognoni’s return as Kelly in 2010. Stay tuned!

Yes, fans, it’s what we’ve all been waiting for – One Life to Live’s Dan Gauthier will be making a return to the show as Kevin Buchanan!

Though an exact airdate has yet to be released, you can expect the popular character to return this Fall!

Soaps.com is very excited about this casting news, and we’ll be sure to keep our readers posted when Dan’s first airdate is available!

What would you like to see Kevin doing upon his return? Please leave Soaps.com your thoughts below!