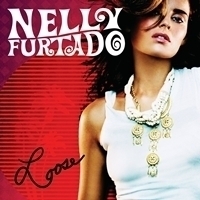 Fans can look forward to seeing Grammy Award winning Nelly Furtado rock Llanview’s hottest club “Capricorn” in February! Aside from performing two top hits off of her latest album “Loose,” Nelly will rub elbows with
One Life to Live’s Antonio Vega (Kamar de los Reyes)! Although she’ll be playing herself, sources say that Nelly will act as an old friend from Antonio’s past!

Nelly is amongst many hot acts who have performed on the show, including Lifehouse, Tito Puente Jr., Mary J. Blige and Jeannie Ortega. OLTL’s music director Paul Glass states that the show’s audience really responds to music.

When asked about her favorite soaps, Nelly admitted that although she’s always been a big fan of The Young and the Restless and
Days of Our Lives, she’ll surely be tuning in to One Life to Live, too!

Nelly’s airdate on the show will be February 23, 2007 when she’ll perform “Promiscuous” and “Say It Right.” To learn more about Nelly and her career, fans can visit her website at Nelly Furtado!

Clearing Up An ABC Rumor!