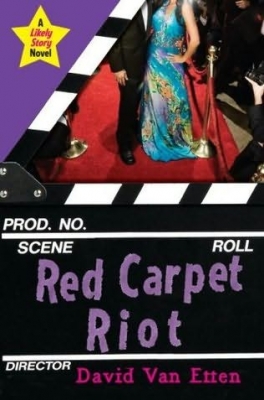 Soaps.com has kept our readers updated on all of One Life to Live Emmy Award winning writer Chris Van Etten’s past novels, including A Likely Story and All That Glitters, and now Chris has another upcoming release titled “Red Carpet Riot!”

Penned under the name David Van Etten, which is composed of the co-authors Chris Van Etten, David Ozanich and David Levithan, “Red Carpet Riot” will carry on the story of Mallory, from the previous two novels, as she prepares for the Emmy Nomination that her show has received – as well as dealing with outside forces that threaten to tear her down!

Look for the novel’s release on June 9!

Soaps.com wants to wish Chris and his co-authors many sales for the last novel in their series!

One Life to Live: Kristen...