Soaps.com Talks to One Life to Live’s Sean Moynihan aka Powell Lord!

We often miss many characters after they leave the show, and I personally think there could be a place for Powell Lord in Llanview. When asked if Sean would welcome a full-time return, should a possibility of one arise, he said, “As of now, I'm not aware of any longer-term plans to have me on the show. And, admittedly, I am kind of settled in my life in Colorado. If, however, the opportunity arose to take part in another storyline over a longer period of time, I would definitely consider it - it's too fun doing this kind of work to not think seriously about doing it again!”

For those who wonder what Sean’s been up to since leaving the acting world behind, he gave us a peek into his life by divulging, “I am currently a deputy district attorney in Colorado. After One Life to Live, I moved to Los Angeles and guest-starred on various shows, including "Sliders," "Pacific Blue," and "Caroline in the City." After several years out there, however, I decided it was time to do something different, so I went back to school and got my law degree in Colorado. I've been a criminal prosecutor for almost five years now and find the excitement of a real-life trial very rewarding and memorable. I even get to use my old acting skills when trying to prove my case to a jury! But I will always remember this brief, unexpected return to Llanview, and I thank the whole One Life to Live family for making my visit so enjoyable and memorable.”

Soaps.com is happy to have Sean’s character back in Llanview, even if it is only for a little while, and we hope to see him again in the future!

If you missed our interview with the portrayer of his onscreen love, Rebecca Lewis, you can catch up with Jessica Kaye in the OLTL News Room! 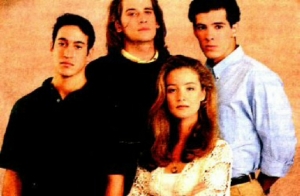 Recently, I caught up with returning One Life to Live actor Sean Moynihan (Powell Lord) on his big surprise visit back to the show, which debuts today!

We haven’t seen his character since Powell was sent to a psychiatric hospital, after the rape of Marty Saybrooke Thornhart (Susan Haskell), so I wanted to touch base on what it was like for him to return to the studio, and storyline, after all of these years – especially since he’s involved in one of the biggest storylines onscreen now. “I was shocked when I heard from the show after 14 years,” Sean explained. “Returning to the set was like walking back in time: I saw all these familiar faces in the cast and crew and everyone was so warm and welcoming. In particular, cast members Trevor St. John [Todd Manning], Michael Easton [John McBain], Susan Haskell [Marty Thornhart], Kassie Wesley [DePaiva, Blair McBain], and Florencia Lozano [Tea Delgado] – all of whom I had scenes with – were so good to me and really wanted me to feel comfortable during the stress of taping. I can’t thank them enough.

For you longtime viewers, you’ll remember that Sean played alongside Roger Howarth (ex-Todd Manning), so naturally I wondered if there were any differences between working with Roger as Todd compared to Trevor St. John, who took over the role from Roger back in May 2003. “As to the differences, if any, between Trevor and Roger Howarth, I think both are fabulous actors who treat their craft very seriously,” Sean spoke highly of. “Trevor, who, it became apparent to me early on, is a very thoughtful and intelligent guy, was very scrupulous about making sure the script was as realistic as possible. He was constantly asking questions about what his character would or would not do and wanted each moment to be as honest as possible. Roger – like all of us back then – was a very young actor who just liked to “go from the gut” and see what happened. But both were terrific to work with and always gave a lot to work off of in scenes.” 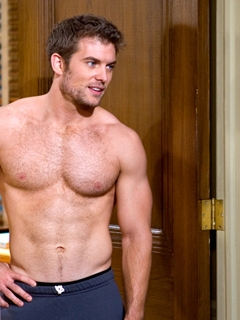 One Life to Live’s Mark Lawson In Broadway Loves the 80s Volume 5: The Movie Edition! 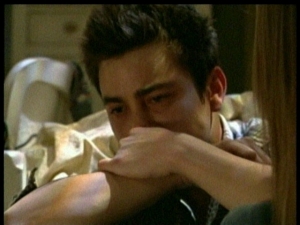