It was so heartbreaking to watch Antonio grieve over Talia's body on Wednesday, but I loved it how he gave John the key to escape, even if this type of storyline has been played out in the past.

Tea and Todd having sex in the courtroom - hot, but a bit unrealistic! I mean, come on… Marty walked in on them, wasn't Tea worried that the judge would walk in and take her license to practice law away? On another courtroom note, welcome back Timothy Stickney (RJ)! What a sight for sore eyes - one of my favorite villains has been missed.

David went off to Hollywood and became a star, quicker than any hemorrhoid could become inflamed - sorry, I just couldn't help myself, so it wasn't a big surprise to hear that he and Dorian were calling it quits. With Ray leaving town soon, I'm afraid Dorian is going to be manless yet again, but I really wouldn't mind it if the writers decided to let Ray stay - even if they made him Dorian's man-slave - hint, hint, writers.

Isn't Lola quite the little brat from hell? I can't believe the lengths this girl is going through to be with Markko, and I think she's borderline psychotic. Even though she meant to hurt Markko and Langston by ratting out Cole, I'm glad the truth came out, as I think it's important in order for Cole to begin his recovery. After all, he can't be slipping into random medicine cabinets and stealing drugs during his whole rehab stay, can he?

Before you head out for what's forecast to be a beautiful weekend, be sure to vote in this week's poll about Lola's latest stunt, and, as always, thanks for stopping by to rant the week off with me! Please leave me your comments, whether you agree or disagree, as I enjoy a good debate! 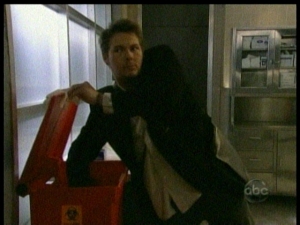 She almost did it, Gigi almost told Rex the truth. However, even as she was talking to Rex I didn’t feel as though she was going to come out and tell him the full truth – that Stacy was blackmailing her! Grrr. Did she really think that Rex was just going to forgive her for sleeping with Brody, just because Shane appeared to be recovering so quickly? Then there’s Stacy, throwing out the ‘God card’, which is something she has no business doing – since she’s one of Llanview’s biggest sinners at the moment. I loved it when Schuyler went back into the examining room to call Stacy’s bluff by dipping his hand into the toxic waste container to see what exactly Stacy was hiding, which wasn’t a lone tissue, as she explained. I hope Schuyler blows Stacy out of the water because at this point, I don’t think Gigi is going to – at least she urged Brody to tell Jessica the truth about their relationship! Then there’s Kyle… first free room and board, what’s next? Did Roxy and Stacy think he was going to risk his job for nothing and keep a huge secret for nothing more?

Rex’s father showed some signs of life, and although Roxy claimed to know her alcohol tolerance level, and insisted to the nurse that she wasn’t imagining things, I would have liked Roxy to have appeared a little more nervous when she arrived back to the hospital than she did. To me, she acted as though the chokehold never happened!

I can feel for Charlie and his insecurities where Viki and Clint are concerned, but please One Life, don’t turn him into a weak character. By now, after all that they have been through, Charlie should know that the bond between him and Viki is stronger than that and doesn’t really warrant this jealous streak.

We got a real treat this week when I broke the news that Rebecca Lewis and Powell Lord would be returning – because we’ve been stumped for months on who the killer could be and both Rebecca and Powell’s names have been brought up on the message board. Though we still don’t know who it is, here’s a thought, could our helpful new lab technician, Kyle Lewis, be any relation to Rebecca? He’s been branded on the ‘who done it’ list of suspects as well by our Soaps.com readers! 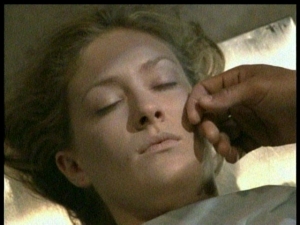 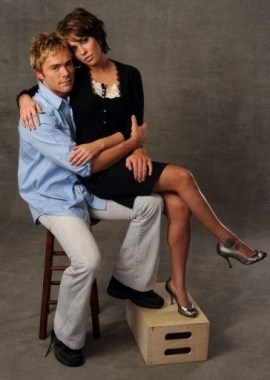