A not-so welcomed blast from Marty and Todd's past returned this week. This character, Zach, has always given me the creeps - a real follower, in the true sense, but I hope the curious ones in Llanview don't jump on the 'he's the killer' bandwagon too quickly, as I still don't think Zach is. Now, if it were Powell Lord who would have returned then I may have believed it, because he always was a little tweaked in the head! Then there's the newly revealed connection between Fish and Kyle - old college buddies from the post-Marty's-rape KAD Frat years. Could it be Kyle is somehow connected to the recent stabbings in Llanview? From the way Fish greeted him with apparent reluctance, stranger things have happened - like Tate Harmon turning out to be a member of the One Pure People hate group! Again, the show is doing a fabulous job at keeping the killer's identity buried - for a bit longer, anyway!

Speaking of storyline spoilers, when I broke the news on Tuesday that Kathy Brier (Marcie McBain) would be leaving the show, followed by news that Chris Stack (Michael McBain) would be leaving as well, is it safe to say that we'll soon be seeing an end to this paternity storyline? You would think so, but I wouldn't count on it. I know Natalie and Jared aren't going to come forward with the truth just to have the McBains take little Chloe away with them, so either they'll stay quiet, and let her live as Jessica's child, or they'll tell Starr - and Chloe will be put back into her rightful place. Either way, I don't see this wrapping up anytime soon - not until close to June, at least. Good thing, because the way Starr is acting, by throwing herself at Schuyler, only proves that she, as well as Cole, needs to come to terms with her life in order to be able to raise this child.

Cris and Layla… What can I say, not much, as I'm not feeling this 'strung out on their sexual tension' bull. Not appealing to me at all.

Though it's been Stacy who I've lashed out at through my rants over the last few weeks, I need to give a huge shout out to my girl Gigi, who I feel needs to rethink what she's doing to deal with this sister from hell issue. I really think Gigi needs to confide in Rex about what Stacy is trying to pull - that way, they can both work together, without the pain of making the other feel as though they don't love each other anymore, because, really, that's not what Shane needs to be dealing with right now, his parents breaking up. If Gigi and Rex are on the same page, they can work together - make Stacy believe that Rex is falling for her until Shane receives the bone marrow transplant, which isn't even Stacy's marrow to begin with, then slap Stacy in the face with the truth - that Rex loves Gigi and always will! Would that be so darn hard to execute?

Before you head out for the weekend, be sure to vote in this week's poll about how Gigi is handling this Stacy mess, and, as always, thanks for stopping by to rant the week off with me!

See you back here next Friday for another week's worth of Amy's "One Life In A Week!" Don't forget to holler out at me on Facebook, where you'll find me relaxing during the weekend! 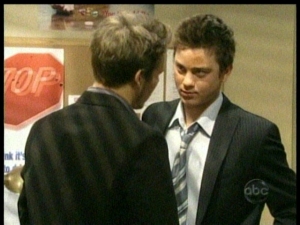 How funny was it that Schuyler ended up being Cole’s drug counselor? Though the tension in the room was thick, I’m glad Schuyler gave Cole a piece of his mind, as he knows what Cole needs more than anyone! And for Cole to refrain from slugging Schuyler… maybe this means he’s finally seeing the light. Good news is, Cole will be assigned to a new counselor – Rachel Gannon!

I really like what’s going on between Ray and Dorian. Though Dorian wouldn’t have been my pick for Ray, it’s nice to see someone attracted to Dorian, who will not put up with her scheming – or will be apt to be schemed by her! My favorite gangster returned this week, the ever so sexy, yes, Jackie McNaughton, the man who seems to get even more ruggedly handsome with age! Yes, I know, he’s probably old enough to be my grandfather, but what can I say – I’ve always had a thing for him! Just another bad boy to add to my list!

Who didn’t laugh their head off when John was trying to play daddy to little Jack, who told John that his dad, Todd, said John spent all of his money on beer and black clothes! Hey, my kind of guy! If only John knew, while Jack was reading him the riot act, Todd was trying to put a hit on the new Mr. Blair Cramer!

You know what some say about marriage, it’s just a piece of paper – it’s the couple who makes a marriage strong and filled with love. As for John and Blair’s so-called marriage, I think it’s just going to be more of the same hoopla that their so-called relationship has held – and when it appears not to be working anymore, and they’re looking for an excuse to end it, they can always fall back on the reason they got married in the first place – for the sake of the kids.

It was so nice to see Hank back in Llanview – Hank the Cannon Gannon! Though I feel for Clint, and how he’s feeling helpless, where Nora’s concerned, unfortunately these things happen, and he’d be better off now to accept that Bo will be holding more of a place in Nora’s life than he will be. Fortunately, I never cared for Nora and Clint as a couple, so I’m not at all saddened by this.

One Life to Live: David Chisum In Dark Mirror! 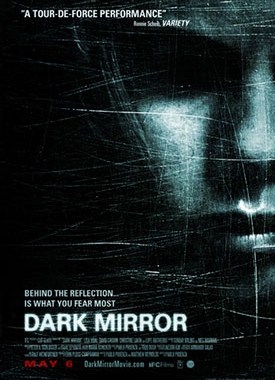