Breaking News! One Life to Live’s Kathy Brier Out As Marcie McBain! (UPDATED!) 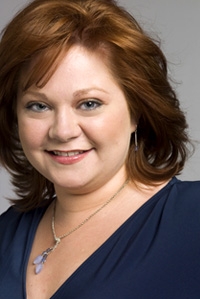 We assume Chris Stack’s (Michael McBain) dates will be simultaneous with Kathy’s, but if we hear otherwise, Soaps.com will let our readers know!

Just a quick update for all fans of Kathy Brier! Kathy is heading into the One Life to Live studios today to tape her upcoming returning scenes as Marcie McBain! Soaps.com will keep our readers posted on when to expect Marcie’s brief return to Llanview as soon as the air dates are released.

Good news fans, though she will not be returning to the show on a permanent basis, Kathy has announced that she’s been asked to bring her character, Marcie, back to Llanview for a few more epsiodes! Air dates have yet to be released, but once we hear, Soaps.com will let our readers know!

Chris Stack (Michael McBain) will be leaving the show as well. Read all about that in our OLTL News Room.

Soaps.com has just learned that One Life to Live has decided not to renew Kathy Brier’s (Marcie McBain) contract.

Since the actress’s contract cycle goes through to May 31, we will most likely see a few more weeks, maybe even a month, of Marcie on screen. As for how the show will write her off, or if this will affect her onscreen husband Michael McBain, played by Chris Stack, we can’t say for sure just yet. Apparently, as the actress has stated, the show feels as though they don’t have any more to write for the character.

Soaps.com wants to wish Kathy the very best in her future projects! Look for Marcie’s exit to be tied to the paternity of baby Chloe – when she leaves town in June!

One Life to Live Video Clip: Someone...