One Life to Live’s Nathan Fillion On The View! Soaps.com Blogs Live! (UPDATED!) 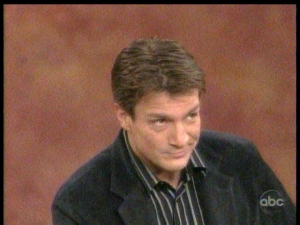 Nathan will make another appearance on “The View” on Friday April 10!

As promised, we have updated this article with live photos of Nathan’s appearance on today’s “The View” and decided to blog for you live!

During talk about his current projects, when Nathan was asked about his time as Joey Buchanan, and about his return to One Life to Live, he commented about the passing of Phil Carey (Asa Buchanan) and Clint Ritchie (Clint Buchanan) then sadly said, “Don’t make me cry.” When asked if he’s ever been mistaken for another actor, Nathan talked about a time when he was pulled over for speeding and given a deal – an autograph in exchange of being let off without a ticket! The funny thing was, the cop called his wife right there, while Nathan was signing a note for her, and claimed he was getting her an autograph from Jason Bateman!

Soaps.com enjoyed watching Nathan on “The View” today – and blogging for our readers who didn’t get to see him!

For those who haven’t had a chance to catch up with One Life to Live’s Nathan Fillion (ex-Joey Buchanan), who stars in the ABC Primetime hit Castle, you won’t want to miss this upcoming appearance!

On Friday March 6, Nathan will be making a guest appearance on ABC’s “The View” to discuss his current role. Aside from “Castle,” Nathan has appeared in the online film, “Dr. Horrible,” alongside Neil Patrick Harris, where he plays Captain Hammer. If you haven’t seen the trailer for the flick, you can watch it right here on Soaps.com!

Soaps.com will be tuning into Nathan’s “View” appearance, and we’ll be sure to update this article with live screen shots from the show! 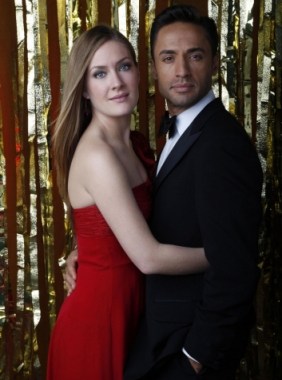