Soaps.com Exclusive: Interview With One Life To Live’s Michael Storm!

While we all have our personal favorite storylines surrounding our favorite characters, I sometimes wonder if the actors have theirs as well, so I asked Michael if he had one that stood out to him. "I think the most exciting time to work was during the days with Judith Light (Karen Wolek)," Michael remembered fondly. "We had this antagonistic love affair, the storyline was so shocking, touching on prostitution - no one had ever done that before. It was an exciting storyline, and she was a dream to work with. I was so blessed, and I still get recognized for being Dr. Larry!"

Let's pause for a moment and take a look back at Dr. Larry in action! I found this great video from the soap vault where Viki tricked the good doctor into thinking she was fine - when she was really Jean Randolph!

Michael's had many television appearances since leaving Daytime behind, which can be viewed in Michael's Where Is He Now article, but I was interested to know if he still kept track of the show and what he does during his free time. "I don't watch the show," Michael divulged. "My wife does on occasion, but I'm a potter. I have a studio that I spend a lot of time in then I play with my grandchildren… That's why I was put on this earth."

So, will we be seeing Michael in any upcoming appearances? Though Michael doesn't have anything in the works at the moment, he is working with a new agent and plans to put himself out there soon. "I don't have to work. It's nice, but sometimes it takes the sparks, the fire, away. I'll go out there because I love the craft of acting. I love what I do now, but in the business you can't keep an actor down!"

Before we ended our call, Michael wanted me to extend a very special message to all of his fans… "Thank you so much. It is just so wonderful in this profession to have people who 'get' what we do in soaps. It is very much appreciated!"

Soaps.com wishes Michael the very best in his future, and we can only hope that the show remembers what a great character they had in Dr. Larry - and how useful he could be to the many storylines going on today! In three little words, my final words of this interview… Bring Larry back! 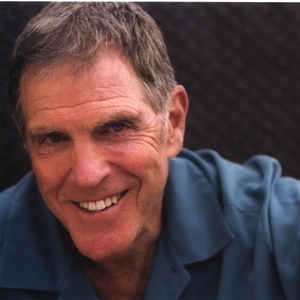 Recently, I had the great pleasure of talking to a man whose character played a huge role on One Life to Live for twenty-three years! Though Dr. Larry Wolek hasn’t been around for quite some time, his name still arises from many conversations within Llanview to this day!

For those who didn’t know this fun fact, Michael Storm took over the role of Larry Wolek from his real-life brother James Storm in 1969. Curious as to how something like this came about, I asked Michael about this turn of events in his early career. “My wife and I were living and working in Southern California when my brother got this soap opera role in August 1968. He called me one day and said he wasn’t happy with what he was doing and had an opportunity to travel to Europe, Russia and North Africa and said, ‘I think I’m going to leave.’ James suggested that I have my agent contact the show to see if they were interested in extending the role to me,” Michael explained. “I was sent a script and did an audition on the set of General Hospital then was personally interviewed in New York. It was supposed to be a short contract, a test, but my wife and I moved everything to New York after the show wanted to tear up the temporary contract and gave me a full contract. I started on January 4, 1969 for what started out at about three episodes per week. I loved the work and was embraced by the talented cast. They made me feel like one of them. I took over for my brother and made the transition into the storyline when my brother, as Larry, rushed into a fire to save another doctor and ended up being burned himself. I, myself, made my début as Larry when the bandages were removed from [brother] Larry’s face. And there I was!”

Having been a longtime fan of the show, I was excited to hear how it was for Michael to work alongside some of the show’s veteran actors like Phil Carey (Asa Buchanan), Erika Slezak (Viki Davidson), Andrea Evans (Tina Roberts), and Robert S. Woods (Bo Buchanan), but Michael reminded me that his start on the show came well before these guys were considered vets in Daytime’s eyes! “No,” Michael said of the old days. “Back then, it wasn’t about Viki [Erika], Asa [Phil], etc… For a number of years I worked with Gillian Spencer (original Viki Lord), Lynn Benesch (Meredith Lord Wolek), Lee Paterson (Joe Riley), Allan Miller (Dave Siegel) and Patricia Row (Eileen Riley Siegel). What made the show unique was One Life was the first soap opera to have an African American storyline. When the storyline started, the show was threatened throughout the country for cancellation, but ABC said they were keeping it. From the support of the fans, we made it through, and I was proud to be a part of that.”

Anyone who’s a fan of the show knows when someone in Llanview was in trouble, they’d head to Llanview Hospital to see Dr. Larry. For years, we, as fans, haven’t had the pleasure of seeing Michael’s character on the scene, and we’ve missed him! So I asked Michael if he would welcome a full-time return to the show, if there were a chance that Dr. Larry could be incorporated into the storylines again. “That’s a real tough question,” Michael admitted. “I left the show unknowingly. For the last ten years, when I went to work, I was living in California and would fly back to New York for the storyline. One time I flew back but never heard from the show again. I would like to go back and have some closure. The cast and stage crew, we were all friends outside the studio. We had a great time, we’re an extended family. I would welcome a limited contract but full-time, having to move… I don’t think I’d do that.” 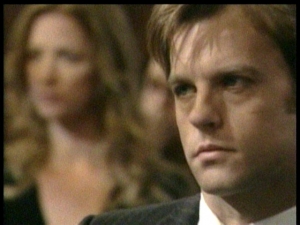