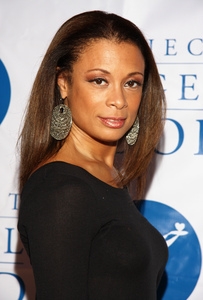 Soaps.com has an inside interview for what’s ahead, an anniversary milestone with the actors sharing their memories, two actors revealing who they’d like to see back, a new single, and more details surrounding the careers of those who’ve appeared and star in the Llanview soap opera.

Interviews! Happy 45th Anniversary One Life To Live:
Yesterday, July 15, marked the Llanview soap’s 45 anniversary and Soaps.com chatted with some of the stars about their favorite memories and what they’d like to see in their characters’ futures. Read our OLTL 45th Anniversary Actor Interviews for that and more! Soaps.com wishes everyone involved in bringing the show back to life our best wishes for many more drama-filled years to come!

Valarie Pettiford to True Blood:
Longtime fans will remember Valarie Pettiford from her role as Sheila Price (1990 to 1994). The actress will appear in two episodes during season six of HBO’s vampire series “True Blood.” Look for Pettiford to first appear on Sunday July 28 at 9:00 PM in Episode 7 titled “World Without End.” As of yet there is no word on which character she’ll play.

Erika Slezak and Kassie DePaiva share who they'd like to see back in Llanview:
During a conference call Erika Slezak (Viki Banks) and Kassie DePaiva (Blair Cramer) were asked who they would bring back to interact with their characters. Slezak shared, "Wow. I would bring back both my sons, Kevin and Joey." DePaiva chimed in, "Gosh I would - well it would definitely be Max. You know, because I just think Max Holden was a fan favorite and I think that there's still a lot of untold stories. So yeah and he could stir a little trouble up between Todd and Blair."

Todd and Blair's scene song:
If you liked the song that played at the end of yesterday's episode during Todd and Blair's kissed it's titled "Fire Escape" by Hotel Cinema, as tweeted by the show's associate producer.

A couple of people asked … the song that plays during today's final #TNB scene is called "Fire Escape" by Hotel Cinema and it's on iTunes!

Josh Casaubon returns to narrate Investigation Discovery:
Josh Casaubon (ex-Hugh Hughes) is back lending his voice as the narrator for the Investigation Discovery series "Homicide Hunter." The actor's voice has been heard on the series on and off since 2011, as murder cases are revisited through the personal experience of Lieutenant Joe Kenda, a retired Colorado Springs detective.

Nic Robuck voices for Lionsgate:
Very soon you may find yourself taking your youngster to see a new animated film and may recognize the voice of Nic Robuck, who played Llanview's James Ford. The actor took to Twitter to announce his latest project, voicing a cop in one of Lionsgate's new animated features. Soaps.com will update readers when more details are released.

Tobias Truvillion's BrickApple Pictures:
Tobias Truvillion (ex-Vincent Jones), along with William Oliver Watkins ("Nurse Jackie") and Sheldon Woodley ("Ruined"), have come together to create the film company BrickApple Pictures. Their first project together is titled "Attempted Burglary." Watch the video to see how you can help support the project.

Download Amber Skye's Bury Me Deep:
Amber Skye, who plays newcomer Michelle, has a new single available for download. View the video below for more information on "Bury Me Deep," as well as the other artists whose works are available on the album Shuffle, which supports VH1's Save The Music Foundation.

One Life To Live actor fun fact:
Robert Newman, best known for his twenty-eight year run on the now defunct CBS soap "Guiding Light" landed the role of Joshua Lewis during the time he'd been waiting to hear back from "One Life To Live." Newman had auditioned for an under-five Llanview role, which means under five lines. Good thing he jumped on the CBS offer, as his Springfield character will forever go down in soap opera history.

Please join us every Tuesday for a new "One Life To Live" Soap Digest and read Soaps.com's One Life To Live Recaps. Both episodes for the week are posted each Monday morning.

Find out what the former/current "AMC" actors are doing too by reading our All My Children Soap Digest.