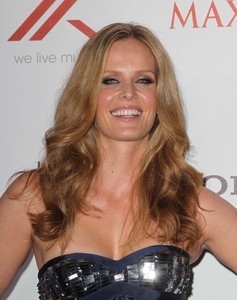 Soaps.com has fall premiere dates for two former “One Life To Live” actors, a custody battle, a film role, an interview with Destiny Evans portrayer, and more details surrounding the careers of those who’ve appeared and star in the Llanview soap opera.

Rebecca Mader on Warehouse 13:
Rebecca Mader, who played Margaret Cochran in 2004, will appear in a guest starring role in the fifth and final season of Syfy’s “Warehouse 13.” As of yet, no other details have been released. Tune in Mondays at 10:00 PM.

Jason-Shane Scott in Such Good People:
Jason-Shane Scott (ex-Will Rappaport) will be appearing as Johnny in the new project “Such Good People,” starring Scott Wolf (“Party Of Five”) and Lance Bass (*NSYNC). The story follows a young couple who comes across a hidden room full of money while house-sitting for rich friends who end up dying while out of the country.

Zach Roerig fights for custody:
Zach Roerig, who played Hunter Atwood in 2007, is currently fighting for custody of his two-year old daughter. TMZ is reporting that Roerig and Alanna Turner welcomed a daughter in January 2011. The actor has allegedly asked the courts to grant him full-custody and child support due to the various crimes committed by Turner, who recently pled guilty to many of them. Roerig also played Casey Hughes from 2005 to 2007 on “As The World Turns” and will resume his CW role as Matt Donovan when The Vampire Diaries returns on Thursday October 10 at 8:00 PM.

Laura Harrier tells Soaps.com about Destiny’s tattoo:
The actress who plays Destiny Evans recently talked to Soaps.com about how she landed the Llanview role, what she thinks about the fans and whether or not her character ended up with a butterfly tattoo during last week’s episodes. Read our Interview with Laura Harrier for that and more!

Ilene Kristen at The Triad:
On Wednesday July 17 at 8:00 PM Ilene Kristen (ex-Roxy Balsom) will be performing at Stage 72 at The Triad at 158 West 72nd Street in New York City, New York. The actress will debut original songs off of her first CD, which will be released this summer. Visit Brown Paper Tickets for your $20/two drink minimum tickets or call 1-212-362-2590 to reserve your spot by paying cash at the door.

One Life To Live actor fun fact:
Phil Carey played the iconic role of Asa Buchanan from 1979 to 2008. What fans might not know is how he caught the attention of the "One Life To Live" casting directors. Carey had auditioned for the role of "All My Children's" Palmer Cortlandt, which ultimately went to James Mitchell. His audition tape piqued the interest of the Pine Valley sister soap and landed Carey a Llanview role that will surely go down in Daytime history.

Find out what the former/current "AMC" actors are doing too by reading our All My Children Soap Digest.