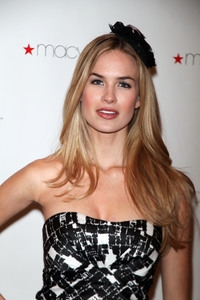 Soaps.com has a few new performance dates, film and Primetime roles, Llanview episodes on Mondays, “OLTL” on the Oprah Winfrey Network, and more details surrounding the careers of the current and former “One Life To Live” actors.

Alice Callahan in Police State:
Alice Callahan, who plays Jack Manning’s love interest, is currently filming for the role of Elena in “Police State.” Set to be released in 2014 the film surrounds a series of Manhattan bombings that begin to unravel a potential nationwide terrorist plot. Fans may remember the Llanview newcomer from her five year role as Jessica Leitenberg on “Gossip Girl.”

One Life To Live binge watching on Mondays:
The days of having to wait to watch “One Life To Live” on Tuesdays and Thursdays are no more. Now fans can watch all episodes of OLTL on Mondays.

One Life To Live Summer Fling on OWN:
Get ready fans, One Life To Live is heading to OWN (Oprah Winfrey Network) for a 10-week special. More details can be found within the link, including dates, times and what Oprah had to say about this.

Ron Raines in The Great Love Of Broadway:
Ron Raines ("Guiding Light's" ex-Alan), who is set to play Carl Peterson in August, will appear back on stage in "The Great Love Of Broadway on Monday July 8. The performance will include some of Broadway's favorite songs, as well as a few selections from Raines' latest album Celebrating The American Spirit. Visit the Cape May Stage in New Jersey to purchase tickets or call 1-609-770-8311.

Jessica Morris in A Haunting Of Thornby:
Jessica Morris (ex-Jennifer Rappaport) recently wrapped up taping for the new supernatural thriller "A Haunting Of Thornby." Expected to be released in November 2013, and starring Judd Nelson ("The Breakfast Club") and Hannah Cowley ("Easy To Assemble"), the story follows a man who moves his wife and son to a New England town in order to heal their past, but they are all faced with more devastation in the form of a supernatural force.

OWN orders more of Tika Sumpter's The Haves And The Have Nots:
Tika Sumpter's (ex-Layla Williamson) new series "The Haves And The Have Nots" is a big hit with big ratings. In fact, The OWN Network has already ordered sixteen more episodes. The current episode run will carry on until September 3 followed by the next sixteen episodes in 2014. Tune in Tuesdays at 9:00 PM.

Laura Harrier in The Last Five Years:
A few weeks ago Soaps.com alerted fans that Laura Harrier (Destiny Evans) had landed a film role. The actress tweeted about taping scenes for "The Last Five Years," which surrounds a struggling actress and her lover, who each demonstrate the hardship and deconstruction of their affair.

Just finished filming my first day on set of #TheLastFiveYears. Such an amazing project and team! #grateful pic.twitter.com/8QN35rtsx5

Renee Elise Goldsberry in Animal Crackers:
Renee Elise Goldsberry (ex-Evangeline Williamson) is taking part in "Animal Crackers," which is part of the 2013 Williamstown Theatre Festival. The production runs from June 26 through July 13, with free Friday performances and half price tickets for children with one adult purchase all other days. Visit the Williamstown Theatre Festival for more details and to order tickets for the show that has Captain Spaulding, a fearless African explorer, chronic womanizer, and endless jokester mingling with the high society crowd as the guest of honor at a ritzy gathering.

One Life To Live actor fun fact:
Amber Skye Noyes, who first appeared as Llanview newcomer Michelle on June 25, is the sister of Tyler Noyes, who played CJ Roberts from 1992 to 1994.

Do you want to know what the former/current "AMC" actors are doing too? Read our All My Children Soap Digest.