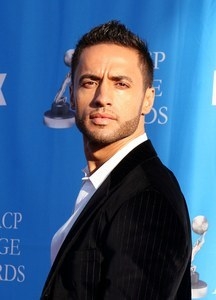 Soaps.com has a new performance date, film and Primetime roles, actors who had hair-clipper malfunctions, a new role for Williamson, no more potty-mouths in Llanview and more details surrounding the careers of the current and former “One Life To Live” actors.

John Brotherton’s Family Tools’ air date:
Back in January Soaps.com received word that John Brotherton (ex-Jared Banks) would be making a Primetime appearance on ABC’s “Family Tools,” and now we have an air date. Tune in on Wednesday June 26 at 8:30 PM.

Swearing ban in Llanview:
Some fans liked it, others hated it, and now the writers have put a stop to it. The Online Network announced that there will no longer be swearing on One Life To Live.

Jeff Fahey in Under The Dome:
Jeff Fahey, who played Gary Corelli from 1982 to 1985, appeared in the June 24 premiere of CBS' new series "Under The Dome." Look for the actor to recur in future episodes as the sheriff on Mondays at 10:00 PM.

Kassie DePaiva invites fans to design a No! No!
Kassie DePaiva (Blair Cramer) is the spokesperson for the No! No! hair removal system and recently alerted fans to a special contest going on now until July 31. Visit No! No! Contest to create your No! No! design, which could be produced for the public. Unfortunately, this is only available to US residents.

Bree Williamson in The Minister's Wife:
Bree Williamson (ex-Jessica Brennan) is currently wrapping up filming scenes in Massachusetts for "The Minister's Wife." Written and directed by John Stimpson, Williamson will play Debbie Martin in the project that follows the true story of a Baptist Minister who kills his wife and makes it appear as though it was a suicide in order to carry on with his mistress. The wife's mother vows to find the truth behind her daughter's murder and to put her son-in-law in prison. As of yet, there is no release date.

In better news, I am back in Massachusetts to finish shooting #theminsterswife

Half way done and the battery charge on the clipper died. Aargh. https://t.co/SmRQFuBiEV

I was first. John-Paul was second. Josh Kelly comes over later today. He doesn't know what is about to hit... https://t.co/0VNDfEV3XT

One Life To Live actor fun fact:
Ellen Holly, who played Carla Grey Hall Scott back in the early days, saw a talent in one actor, who went on to have a very decorated career in television - one who the show let slip away. Morgan Freeman ("Now You See Me") arrived at the studios to audition for the part of Dr. Jack Scott. Though Holly pleaded with producers to hire this great talent, they passed, and Freeman went on to play Dr. Roy Bingham on "Another World" from 1982 to 1984.

Please join us every Tuesday for a new "One Life To Live" Soap Digest and read Soaps.com's One Life To Live Recaps, which are posted Tuesday and Thursday mornings.

Do you want to know what the former/current "AMC" actors are doing too? Read our All My Children Soap Digest.