Ilene Kristen at Pride Rocks:
Ilene Kristen (ex-Roxy) will also be at The Cutting Room at 44 East 32nd Street in New York, New York tonight June 18 at 10:00 PM. The actress will take part in Pride Rocks, a benefit for The Brooklyn Community Pride Center, which provides support and services to the borough's LGBTQ community. There is a $20 food/drink minimum. Visit The Cutting Room for more information or call 1-212-691-1900.

So #grateful for the opportunity to work on one of the #hottest shows on TV @ABCFpll #PLL. Love @ABCFamily!

Laura Harrier lands film role:
Laura Harrier, who plays Destiny Evans, shared her excitement over her very first film role. Though it's too early for details, Soaps.com will keep readers updated when they are released.

Booked my first film role!!! So excited. Life is so crazy ?

Lenny Platt in Bug People:
Lenny Platt (ex-Nate Salinger) alerted fans via Twitter that he's been cast in a new project titled "Bug People." Though the actor told Soaps.com that his role is 'supporting' he couldn't divulge any character details just yet. View the clip below to learn more about one mother's struggle to support her family after a tragedy occurs at the town lake.

Just got word that I've been cast in this cool project on Kickstarter. Check out the teaser and help if ya can: ow.ly/lXMGf

One Life To Live Brand New Start music video:
If you're digging the show's new theme song, featuring Iza Lach and Snoop Lion, you can watch the official music video below.

Peter Bartlett back on Broadway:
Peter Bartlett, who has played Nigel Bartholomew Smythe since 1991, is appearing in "Cinderella's" Broadway Presents: "Glass Slippers Are So Back," a parody of Sir MixALot's "Baby Got Back." Look for the actor to play Sebastian, as performances take place at the Broadway Theatre at 1681 Broadway at 53rd Street in New York, New York. Visit Cinderella on Broadway for tickets, dates and times and watch the funny promo below.

Shenaz Treasury's Culture Shock:
Shenaz Treasury (Rama Patel) co-wrote and produced a new travel show that's being shopping around. "Culture Shock" will be of interest to those who enjoy the uniqueness of foreign lands, diverse cultures and peculiar customs. View the video below for more. Would you watch?

One Life To Live fun fact:
Do you ever wonder what time of day certain scenes are taped? The scenes from last Thursday's June 13 episode, where Todd (Roger Howarth) brought Blair into the secret room at his suite, weren't taped during normal business hours - not what most deem them to be. Kassie DePaiva (Blair Cramer) shared through Twitter:

The scenes in the video room were shot at 1:30 in the morning!!!Roger and I were exhausted!

Please join us every Tuesday for a new "One Life To Live" Soap Digest and read Soaps.com's Daytime Emmy Coverage for pre-Emmy festivities, red carpet video interviews, winners and more. 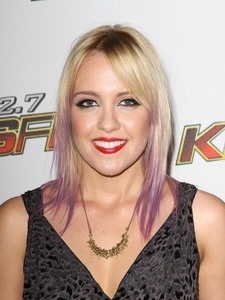 Soaps.com has some current projects surrounding the current and former “One Life To Live” actors. This week includes a new travel show, a Kia commercial, a funny Daytimer on Broadway, shoes for sale, a red carpet interview and more…

Gina Tognoni’s Sole 9 website:
Earlier this year we reported details for (ex-Kelly Cramer) Gina Tognoni’s Sole 9 shoe line. The actress took to Facebook to announce that the site is up and running and invited fans to visit Sole 9 to shop for sandals, flats and ballerina shoes and shared a special bonus that comes along with every pair sold. “I know you are going to love wearing them, especially since you are doing something incredibly cool at the same time,” Tognoni stated. “I wanted to develop a line of shoes for women that are not only comfortable and stylish but also celebrates the innate beauty in all of us. ‘Style that gives back’ really means something to me, so a portion of the proceeds of each sale will be used to put love into action. Sole 9 works with regional and national organizations to shelter, educate and clothe women in need right here in the USA. Comfort is good. Giving is great.” 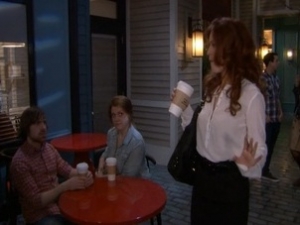 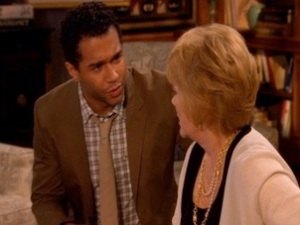