A shot for the road.
John's call had Natalie all up in a tizzy. So much so, that she thought taking a shot of booze before heading out to Shelter would be more productive than taking one before she got up the nerve to return John's call - before she went to Shelter. I get that she refuses to allow John to ruin her life yet again (her words), but him asking to see his son is hardly worth heading out and giving John an excuse to take legal action in order to make it happen. We could have done without John's threat because Natalie was right… She would never keep Liam from him, so it was totally out of character for the writers to even have John leave that message filled with warning. In any case, do you think Natalie should have called John back before heading out to Shelter? Vote below!

Lost souls.
We have to face the fact that Todd will be leaving Llanview soon. Blair singing what was clearly a goodbye had me craving the days of old and wondering if this once super couple could have had another chance at love. Hopefully one day we'll get the chance to find out. At least Natalie and Cutter got some action. Both have been consumed with work, kids, exes, this, that, and the other thing, it was a relief to see them put it all aside for that one hot kiss. More please!

Pellegrino account.
Jeffrey has come across as too good to be true, and after seeing his reaction to finding the Pellegrino file at Viki's it's clear he's hiding something or a connection to someone. A little mystery is fine, but let's hope Jeffrey isn't just another snake in the grass because his addition as one of the good guys works so well with everyone he's involved with.

Read Soaps.com's One Life To Live Recaps each Tuesday and Thursday and feel free to share your thoughts on the current storylines in the comment section below. 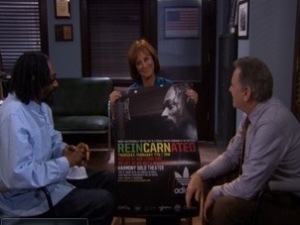 Credit: Taking the edge off. (TOLN/Hulu)

A new Snoop was reintroduced to Llanview, great fun. Drugs and drinks consumed many, normal for the party scene. And a past character was written totally out of character, without even making an appearance. Let’s break it all down…

Snoop’s reincarnation.
Bo didn’t appear too surprised that Snoop turned his life around yet again after a trip to Jamaica by changing his name from ‘Dogg’ to ‘Lion’. Regardless of his reincarnation, as a big Snoop fan it was nice to see him back in Llanview. Bo has been there for so many people, and Snoop’s support where Matthew’s concerned was just what he needed. Clint should be ashamed of himself for throwing a guilt trip on Bo and making him doubt himself as a father. Anyone who has kids has felt guilty and blamed themselves at one point or another for the choices they’ve made. There was no need for Clint, who hasn’t had the best track record as a father, to throw salt in the wound. Hopefully Snoop can open Matthew’s eyes because he was right when telling Bo that Matthew’s a grown man now and the ‘deadbeat dad theme’ week after week is getting old fast.

Breeding ground for drug use.
Shelter isn’t any different than any other club out there these days. Dani overdosed there, men openly displayed drugs in the VIP section and now pills are being exchanged right under Blair’s nose. With Dusky’s initial admission that she likes to party before going on stage she could very well be the next to fall into Shelter’s drug scene, considering she’s underage and had been warned not to drink. Blair should keep a better eye on her place before something big goes down. And in Daytime, everyone knows it’s only a matter of time before that happens, especially now that it’s obvious someone cut the power to the club. 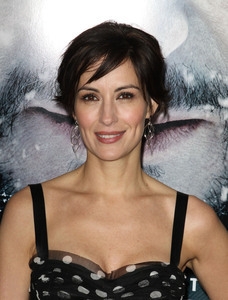 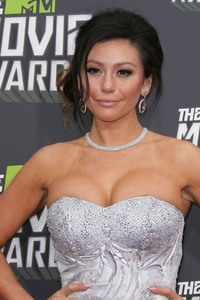