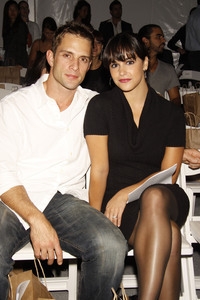 Soaps.com has the latest details surrounding what’s going on in the careers of the current and former “One Life To Live” actors. This week includes new roles, a behind the scenes look at Shelter, an on location shoot, “OLTL” episode cutbacks, an early episode and more…

One Life To Live to air only twice a week:
TOLN cut back AMC and OLTL episodes, which went into effect this week. Hulu made a mistake and posted Thursday’s episode early, which has since been taken down. For those who want an early peek we have the full Thursday 5/23 OLTL Recap: Meat Is Murder up now.

David Fumero in Urban Legends:
David Fumero (ex-Cristian Vega, husband of Melissa Fumero, ex-Adriana Cramer) will be taking part in a series of one-act plays titled “Urban Legends.” The actor will appear in the segment “And Then It Rained” at the Urban Theater Movement in Los Angeles, California from Thursday May 16 through Sunday May 19, as well as Thursday May 23 through Sunday May 26. Though showtimes will begin at 8:00 PM Thursday through Saturday, the Sunday shows start at 7:00 PM. Visit Urban Theater Movement for tickets.

Corbin Bleu in The Monkey's Paw:
Corbin Bleu (Jeffrey King) is currently wrapping up production on the new thriller "The Monkey's Paw." Bleu will play Catfish, as Jake (C.J. Thomason "Harper's Island") is given a monkey's paw that grants him three wishes. The film is set to be released on October 25, 2013.

One Life To Live on location:
Though details are being kept under wraps actors are shooting scenes on location, as the show's associate producer Jared Kaplan tweeted,

On a top secret #OLTL location shoot that will floor everyone when they see it.

Jesse Malakouti as Dusky:
Watch this behind the scenes video of Jesse Malakouti, who plays the new singer at Shelter named Dusky. We last saw the actress in Llanview when she sang her song "White Girl Wasted" at the nightclub.

Behind the scenes with JWoww:
JWoww appeared as Shelter's bartender Nikki last week. Take this behind the scene tour of some of her first moments leading up to her debut and hear the similarities between Nikki and JWoww, who starts off with, "So this is my bar?"

One Life To Live actor fun fact:
Mikey Jerome won "I Wanna Be A Soap Star" in 2006 and landed the Llanview role of Ted Osbourne that same year. Unfortunately his character was quickly killed off. However, BethAnn Bonner, who came in third during the reality show was cast as Talia Sahid in 2006 and played the character until 2009 when she was also killed off the show.

Please join us every Tuesday for a new "One Life To Live" Soap Digest and visit Soaps.com's One Life To Live Message Board to chat with other fans about the current storylines.