That damn Oxy crap.
It appears there will be a lot of focus on the younger crowd. Watching storylines consumed with young characters has never been my cup of tea. However, real life in soaps is important, and let's face it… drugs, especially prescription, have become a huge problem in society. The true-to-life issues quickly attached to Dani will also serve to help educate those dealing with the same issues in the real world. On a side note, loving nuMatthew. Stepping into a role another actor played for eleven years isn't always easy, yet Robert Gorrie appeared as though he's played the young Buchanan forever.

Open marriage.
More realism... While most marriages don't have room for this, others do - yes, this is another real-life scenario being played out - the lifestyle of swingers. Again, not my cup of tea, but it will be interesting to see who Rama beds along the way to becoming the faithful wife Vimal craves.

Dorian and Viki: Ready. Set. Go.
They were the best of frenemies when it mattered most and enemies more often than not, which is what makes these characters tick. To see a scandal right off the bat gives Dorian and Viki the ongoing substance that's held our attention throughout the years. Viki starting to doubt Dorian's part in the scandal could very well leave her responsible for clearing Dorian in the end.

I'd love to hear what you thought of the show during its first week back. Please vote in our poll and leave us your comments on what you'd like to see in the future (yes, our soap now has a future!).

View the One Life To Live Daytime Emmy Nominations to see what technical categories the show was honored in. 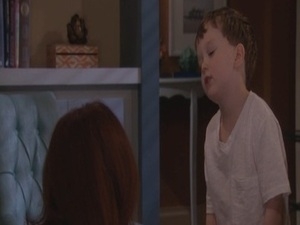 Credit: Say no to drugs. (TOLN/Hulu)

Welcome back Llanview fans! It’s been over a year since we last came together and said goodbye to a soap we believed was gone forever. I’ve missed the fans and am ecstatic to be able to watch, recap and blog about “One Life To Live” again. Prospect Park and all of those involved in the reboot deserve huge props. They pulled off the unthinkable and delivered fresh yet familiar sets and an amazing first week back…

Run for Shelter.
Rodi’s (and Roxy) will be missed, but Llanview’s new nightclub is sure to be the backdrop of many hot, steamy, good times to come. The younger crowd – and Liam – has been aged, which was a good move. After all, what fun would Shelter be with half the cast trying to sneak in and out each week underage? It’ll be a few years before Liam tries to pull that off, but hopefully we’ll get to see some emotional tugs over the fact that his father is no longer in Llanview. We already watched Natalie heat up the dance floor with Cutter, but does that mean she’s over John?

Natalie without John.
Yes, we got our soap back, but it’s tough to face the fact that John won’t be a part of it – not unless they recast McBain. Natalie and John always had a rough time of things. They were great when they were good but toxic when they weren’t.

Victor resurfaces.
If we can’t have Michael Easton… Trevor St. John bringing Victor back to Llanview was the icing on the reboot cake. The mystery surrounding Todd, Victor and the strange symbol (tattoo) has yet to unfold. Could it be that Victor was held and brainwashed in the same facility where Irene, their mother, brainwashed Todd? Nice twist! Given that Roger Howarth will be going back and forth from Llanview to a new role in Port Charles let’s hope Victor sticks around. So many people need him, especially Tea. He’s always been strong and to see him flinch at certain sounds proves even the strongest leaves captivity with a few ghosts haunting them. Speaking of which, how exactly did he outsmart Allison? And is she still alive and able to come back and wreak havoc again? Could she be the one behind the hidden camera at Tea’s – and working for Todd? 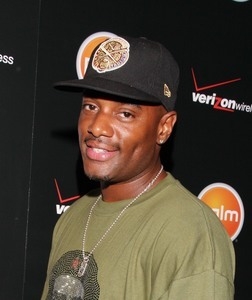 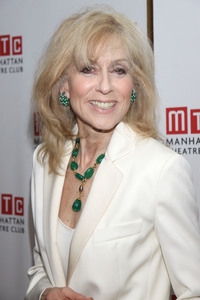