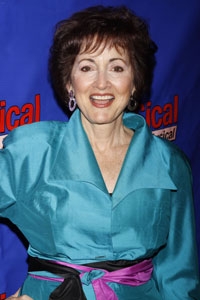 It won’t be long before we’re back in Llanview, and we can’t wait to see what they’ve done with the place. From an out-of-the-box theme song choice to classic characters we’re dying to catch up with, April 29 can’t come soon enough. It was tough, but we picked the top ten things we can’t wait to see when “OLTL” returns. What have you missed since January 13, 2012? Vote in our poll, or let us know in the comments what else will be making you tune in.

10. Vicki’s happy ending?
When Clint (Jerry verDorn) proposed to his on-again, off-again love Vicki (Erika Slezak), she couldn’t have looked happier – but she never technically said yes. So even though they had just learned that he was indeed Jessica’s (Bree Williamson) father, their totally turbulent past may have been too much for her to get past.

9. The newbies.
From MTV’s Jenni “JWOWW” Farley (“Jersey Shore”) as Shelter bartender Nikki to Disney’s Corbin Bleu (“High School Musical”) as new reporter Jeffrey King at The Banner, the show is certainly out to make a statement when it comes to casting.

8. David Vickers.
When “OLTL” ended, we thought one of our favorite, most eccentric characters was gone for good. We can’t wait to see David Vickers (Tuc Watkins) back on the scene, and whether or not his film career has really taken off.

7. The music.
From the new theme song penned by Snoop Lion to cameos from notable Australian DJ group Nervo, the show is certainly capitalizing on the buzz factor these acts can bring. Paired with the musical history of the show’s past, the current acts should make for plenty of shareable social media clips.

6. Michael Easton, Kristen Alderson and Roger Howarth.
After all of the confusion about what these actors were allowed to do and as which characters, we’re excited to find out once and for all how these stars transitioned from “OLTL” to “GH” and back – and forth – again.

5. The couples.
Nora (Hillary B. Smith) and Bo (Robert S. Woods), John and Natalie (Melissa Archer), Todd and Blair (Kassie DePaiva) and all the rest – we’re ready to hear exactly how much the love has lived, lied or died among them all. The last we saw, Nora and Bo were keeping a nasty secret for their son as they welcomed a grandson. Meanwhile, we know John and Natalie are in the middle of a nasty split and custody battle, with Natalie's side being endlessly funded by Clint. As for Todd and Blair, who knows where they stand after her engagement to Tomas (Alcazar?) ended and Carly cut ties with him? We're ready to find out.

4. Destiny’s child.
After many struggles, Matthew (Eddie Alderson) warmed up to being a father to the baby Destiny (Shenell Edmonds) delivered on the finale. We’ll see if that actually stuck and if there is any real chemistry between the new Matthew (Robert Gorrie) and the new Destiny (Laura Harrier).

3. The sets.
After Soaps.com's OLTL set visit, we can’t wait to see not only how nightclub Shelter and the Llanfair mansion will look, but just how hot things get in all of the rooms with the promise of racier storylines. Bring it on!

2. Victor and Allison.
At the finale we discovered that the once-thought dead Victor Lord Jr. (Trevor St. John) was really alive and being held captive by Statesville escapee Allison Perkins (Barbara Garrick). With neither actor officially slotted for the return, we are left wondering if they will sneak up on us anyway like they did in the finale. We really hope so.

1. Dorian.
With Robin Strasser returning as one of the greatest soap characters of all time, we couldn’t be more excited to see Dorian Lord spar with Vicki once again. Thanks to spoilers, we know a scandal ends her senatorial career and she places the blame squarely on Vicki. When it comes to cat fights, these two just can't be beat.

Vote for your most anticipated AMC reboot moments in Soaps.com's wish list. And find out what Max and Caroline plan for the cupcake business relaunch in the 2 Broke Girls season finale.