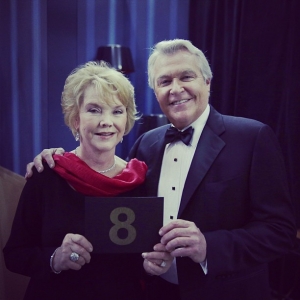 Soaps.com has the latest details surrounding what’s going on in the careers of the current and former “One Life To Live” actors. This week includes Primetime projects, a Young Artist Award nominee, baby news, the chance to win tickets to the Llanview premiere, a lawsuit against ABC, new set photos, a Mark Lawson sighting, and more…

Win tickets to the One Life To Live premiere:
Paos Revelation has partnered with Prospect Park to give a few lucky fans the chance to attend the premiere event for “All My Children” and “One Life To Live.” The event will take place on Tuesday April 23 at NYU’s Skirball Center at 60 Washington Square South, Suite 503, in
New York City, New York. The screening will begin at 8:30 PM with doors opening at 7:00 PM. Visit Paos Revelation to enter today.

January LaVoy in Come And Gone:
January LaVoy (ex-Noelle Stubbs) will be appearing on stage in “Come And Gone.” Directed by Phylicia Rashad (“The Cosby Show”), and set in 1911, the story surrounds a Pittsburgh boarding house filled with tenants who come and go, which forms an ever-changing community. Previews will begin on April 24 with the official opening on May 8. Performances will run through June 9 at the Center Theatre Group/Mark Taper Forum at the Los Angeles Music Center at 135 North Grand Avenue. Call 1-213-628-2772 or visit the Center Theatre Group for tickets.

Jessica Tuck to Revenge:
On Sunday April 28 and Sunday May 5 Jessica Tuck, who played Megan Gordon on and off from 1989 to 2012, will appear as Alison Stoddard on ABC's "Revenge." Read our Revenge Spoilers for the episode titled "Identity" and find out who goes in search of the Falcon's true identity.

Erika Slezak on The View:
On Thursday April 25 at 11:00 AM Erika Slezak (Viki Banks) will be on "The View" to talk about her Llanview return. Find out which AMC stars will be on The View through our new "All My Children" Soap Digest.

Prospect Park sues ABC:
There has never been any shortage of drama since "One Life To Live's" ABC cancellation, which transitioned into its revival with Prospect Park. And the drama continues, as Propsect Park files a lawsuit against ABC.

Soaps.com's Top 10 OLTL Wishlist:
As fans of the show we all have our expectations and anticipations for what's to come when the reboot premieres on April 29. Soaps.com has created One Life To Live's Top 10 Reboot Wishlist with a few things that we are looking forward to. Feel free to leave us a comment with your wishlist as well!

Karen Lorre in The Trouble Man:
Longtime viewers will remember Karen Lorre (formerly Witter) as Tina Lord Roberts - a role she played from 1990 to 1994. The actress has turned up as Janet Nooley in the web series "The Trouble Man," which follows a private investigator who examines the seedy areas of the Los Angeles art scene. Watch episode five right here on Soaps.com. Please be advised, the video contains profanity.

Tuc Watkins on Marie:
Tuc Watkins, who will be returning for the reboot as David Vickers, taped scenes for the talk show "Marie." The actor tweeted a photo of him and his sister Courtney with host Marie Osmond. Tune in to "Marie" on the Hallmark Channel on Monday April 29, the same day as the reboot, at 12:00 PM. Please check your local listings.

Appeared on "The Marie Osmond Show" today (with my sister Courtney!). Airs on April 29 same day OLTLdebuts on Hulu. twitter.com/tucwatkins/sta…

Kamar de los Reyes on the set of Blue Bloods:
A couple of weeks ago Soaps.com announced that (ex-Antonio Vega) Kamar de los Reyes will guest on Blue Bloods. Though an air date for his episode is still unknown the actor tweeted this photo of him on the set with Donnie Wahlberg (Danny Reagan) and Marisa Ramirez (Det. Maria Baez; "Y&R's" ex-Carmen Mesta/Ines Vargas). The CBS series airs Fridays at 10:00 PM.

In #action on the set of #Bluebloods with #actors @donniewahlberg and Marisa Ramirez. twitter.com/kamardelosreye…

One Life To Live fun fact:
The role of Joey Buchanan had about as many actors playing the part throughout the years as those who played his brother Kevin. Nathan Fillion, who stars on "Castle," is the one most known in the role where he appeared on and off from 1994 to 2007.

Please join us every Tuesday for a new "One Life To Live" Soap Digest and read our One Life To Live Spoilers and watch the latest promo video for what's to come.