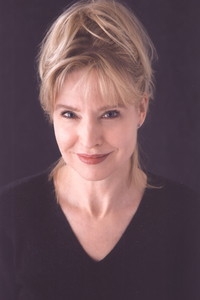 Soaps.com has the latest details surrounding what’s going on in the careers of the current and former “One Life To Live” actors. This week includes a way for fans to get up close with the hotties of Llanview, a new reboot promo video, an engagement, Josh Kelly gives JWoww acting tips, an interview with a former Llanview actress, Soaps.com tours the Llanview studio and more…

Soaps.com visits One Life To Live studio:
Soaps.com was on hand at the “One Life To Live” studios on April 8 to chat with the actors about the upcoming reboot. In regards to how the online version will compare to its previous run on ABC Robert S. Woods (Bo Buchanan) stated, “It’s not Playboy TV or anything. It’s still tasteful. It’s not for shock value. It’s current. At my age, it’s exciting to watch this transition and be on the inside of it. I think it’s going to be a good time.” Hear from more actors through Soaps.com’s One Life To Live Set Visit.

Janet Zarish in Love Therapy:
Interview! Janet Zarish, who played Lee Halpern Sanders (1987 to 1988) and Janet Ketring (2009), is appearing in Wendy Beckett’s Off-Broadway play “Love Therapy,” which follows a waitress whose path intertwines with a young therapist struggling with her moral code. We caught up with the former Daytime actress, who is also the head of Acting at NYU’s Graduate Acting Program, about her new role. “I had worked on a play three years ago with the director, Evan Bergman, and he asked me to come in and audition,” Zarish explained. “I’m playing two roles and I don’t think they could be more polar opposites. Carol is head supervisor at a psychology clinic. It is her job to supervise the young psychologists in training and she is strictly by the books. She is, though, warming to our leads’ ‘unconventional’ methods of therapy which, of course, plunges us right into the drama of the play. The other character is a patient at the clinic, Mary, who, well, I won’t give it away. Let’s just say she has a troubled past and has just lost both her daughter and her husband in an accident. She is suffering great emotional trauma and is a ‘complicated’ case to figure out.”

While reflecting on her “One Life To Live” roles the actress shared some of her favorite Llanview moments. “Working with Jim DePaiva as Max, shooting the episode where I got drunk and got married in Las Vegas. But my favorite part of being on the soap was the surprise of opening the scripts each week and seeing what I was going to have to do. The adventures were endless. It was a wild and exciting ride. And certainly one of my favorite moments had to be when I received a call 10 years after I was shot to death by my daughter by mistake, asking me if I wanted to come back on the show as nurse Janet Ketring. I was on ‘One Life’ again for a year and was then killed once again. Only in the soaps!”

Fans are excited for the “One Life To Live” reboot on April 29. When asked what Zarish thought about the historic event she stated, “We are in an ever-changing technological world and I applaud the creativity in taking the leap and putting it online. It’s a crime reality shows are replacing the day to day storytelling the soaps have to offer. Who needs reality when you have the soaps?! Any way they can stay on the air and keep giving the pleasure they do to people, I’m all for.”

“Love Therapy” will open at the DR2 Theatre at 101 East 15th Street in New York City, New York on Monday April 29 with previews beginning on Saturday April 20 at 8:00 PM. Call 1-212-239-6200 or visit Telecharge for tickets to see the former Llanview actress on stage.

Kamar de los Reyes on Blue Bloods:
Kamar de los Reyes (ex-Antonio Vega) will be turning up on the CBS series "Blue Bloods." The actor alerted fans through his official Facebook and stated, "Leaving for NYC tomorrow. Looking forward to working with the cast of 'Blue Bloods'. Excited as all hell!" Soaps.com will update readers with his air date when it's available. The series airs Fridays at 10:00 PM.

Bill Dawes in Criminal Minds:
Bill Dawes, who played Marcie McBain's (Kathy Brier) brother Eric Walsh in 2004, will be appearing in a guest role on CBS' "Criminal Minds." On Wednesday April 10 Dawes will play Sheriff Bob Collier in the episode titled "Pay It Forward" at 9:00 PM.

June Men Of Llanview event:
The latest Men Of Llanview event will take place on Saturday June 8 at Planet Dailies at the Farmers Market in Los Angeles from 12:00 PM to 3:00 PM. Hosted by Tonja Walker (ex-Alex Olanov) actors confirmed to appear include Thom Christopher (ex-Carlo Hesser), Donnie Jeffcoat (ex-Joey Buchanan), and Brandon Buddy (ex-Cole Thornhart) - with more to be announced. Fans will enjoy lunch with the actors, autographs, photos, a Q&A session and a chance to win various raffle prizes. Visit Soap Socialite to purchase tickets.

Lenny Platt in Law & Order: SVU:
Lenny Platt (ex-Nate Salinger) has taped scenes for a guest role on "Law & Order: SVU," which will air in a few weeks. Soaps.com will keep readers posted on the upcoming air date. The NBC series airs Wednesdays at 9:00 PM.

One Life To Live billboard:
The official "One Life To Live" Twitter page posted this Instagram (above) of a Los Angeles billboard promoting the April 29 reboot. Also watch this AMC and OLTL behind the scenes video to hear how the actors like being reunited with their soap families.

One Life To Live fan mail address:
If you want to drop your favorite Llanview actors a letter Melissa Archer (Natalie Banks) tweeted the show's new address as follows…

New Concept shoot coming up, so I'm in the lab with @rpandb... Check em out: RoyalParkandBall.com #bespoke

Jenni 'JWoww' Farley receives acting lessons from Josh Kelly:
JWoww ("Snooki & JWoww," "Jersey Shore") talks to MTV about her new Llanview role and what she's had trouble with since joining the show. In the second video JWoww gets some acting tips from her co-star Josh Kelly (Cutter Wentworth), including how to cry on cue, kissing dos and don'ts, and how to execute the 'bitch slap'.

Brittany Underwood hosts ZMT Awards:
Brittany Underwood (ex-Langston Wilde) will be co-hosting, along with entertainment personality Zack Tremblay, this year's ZMT Awards. The event, which honors the best in television, movies, music and fashion, will take place on Saturday April 13 at 6:00 PM in Los Angeles. Watch the promo video below.

Jacqueline Hendy's Long Shot Louie at SOHO Film Festival:
Those in the New York City area will have the chance to view a special screening of Jacqueline Hendy's (ex-Vanessa Montez Vega) film Long Shot Louie today Tuesday April 9 at the SOHO International Film Festival. Arrive at the Sunshine Cinema at 143 East Houston Street by 3:15 PM for the screening, which will be followed by a Q&A session. Visit OK Venue to reserve your $14 ticket today. Actor Steve Stanulis, who plays Louie, posted this official trailer.

One Life To Live history:
Back in the 1990s Todd Manning found out he was the son of Victor Lord. This turn of events led Todd to inherit $27.8 million dollars. In 1995 on one of Todd's first big spending sprees he bought Dorian Lord's newspaper, The Intruder, which he later renamed The Sun.

Please join us every Tuesday for a new "One Life To Live" Soap Digest and read about Llanview's new nightclub Shelter.

Find out how you can win a chance to watch the AMC and OLTL premieres before anyone else through our "All My Children" Soap Digest.