Tobias Truvillion on Being Mary Jane:
Tobias Truvillion, who played Vincent Jones, reached out to Soaps.com to share his latest project and stated, "I just wanted to share the latest steps on my journey. I just booked a guest star role on BET's new drama 'Being Mary Jane' opposite Gabrielle and Latarsha Rose." As of yet there is no word when the series will premiere, or when Truvillion will turn up, but the actor did say that hopefully there will be room for him to return in the future - after his initial appearance.

Florencia Lozano and Ilene Kristen at Night Of A Thousand Gowns:
On Saturday April 6 from 6:00 PM to 12:00 AM Florencia Lozano (Tea Delgado) and Ilene Kristen (ex-Roxy Balsom) will be in attendance at this year's Night Of A Thousand Gowns. Those who attend will enjoy a cocktail hour, open bar, full course dinner, dancing, entertainment and their legendary Viennese Dessert Buffet. The event will be held at The Hilton New York, New York City at 6th Avenue at 54th Street. Visit the Imperial Court Of New York for further details and restrictions.

Tom Degnan's Reserved For Rondee performance and new CD:
On Friday March 15 at 11:00 PM Tom Degnan's (ex-Joey Buchanan) band Reserved For Rondee will be returning to Arlene's Grocery at 95 Stanton Street in New York City, New York. Visit Arlene's Grocery to reserve your $10 tickets. In other news, the band is currently recording their first album, which we will update readers on as details are released.

One Life To Live fun fact:
Tim Adams, who played Marcie McBain's (Kathy Brier) brother Ron Walsh in 2007 was a model before breaking into Daytime with his first role on "Sunset Beach" as Casey Mitchum. Aside from various Primetime gigs he went on to appear in Daytime in Llanview and on "Guiding Light" (Rob Layne) and "All My Children" (Dr. Clayton).

Please join us every Tuesday for a new "One Life To Live" Soap Digest! Read about (ex-Victor Lord) Trevor St. John going back to The Client List.

Do you want to know what the former Pine Valley actors are doing too? Read about Alicia Minshew headed back to All My Children. 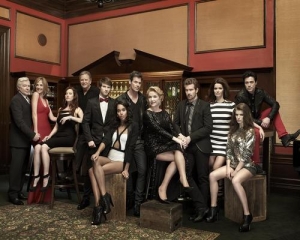 Soaps.com has the latest details surrounding what’s going on in the careers of the current and former “One Life To Live” actors. This week includes a husband and wife duo on stage, an event that will have fans and actors dressed in glamorous gowns, whether or not we’ll be seeing Roxy in the reboot, a former Llanview bad girl dating a Maroon Five member, and the show’s reboot premiere date…

One Life To Live’s premiere date:
On Monday April 29 One Life To Live will premiere on Hulu, Hulu Plus and iTunes. Further details and subscription information can be found in the link and check out the new cast photo above.

Amanda Setton dating Maroon Five’s Adam Levine?
I’m at a payphone trying to call home, all of my change I spent on you… Oops sorry, I got a bit distracted… When work isn’t keeping her busy it appears Amanda Setton (ex-Kimberly Andrews) just might have a new man to spend her time with. Radar Online is reporting that the actress is dating Maroon Five frontman Adam Levine (“The Voice”). The couple allegedly met through mutual friends on the set of “The Mindy Project.”

Ilene Kristen not appearing for reboot:
Though Ilene Kristen appeared in a brief cameo role in last night’s “Deception” at 10:00 PM on NBC, the actress responded on her official Facebook to a fan who asked if she’d be joining the “One Life To Live” reboot. Unfortunately, Prospect Park has not yet asked Kristen to return to Llanview as Roxy Balsom.

James and Kassie DePaiva in 110 In The Shade:
Husband and wife duo James (ex-Max Holden) and Kassie DePaiva (Blair Cramer) will be taking part in the upcoming production “110 In The Shade” at The G&L Theatre at the Community School of Naples in Naples, Florida. The story follows a traveling con man, who restores one woman’s confidence after being rebuffed by the local sheriff and promises to give local farmers what they crave. Showtimes run at 8:00 PM on May 2, 3, 4, 9, 10, and 11 then on May 5 and 12 at 2:00 PM and 7:30 PM. Tickets can be purchased at Theatre Zone or by calling 1-888-966-3352. 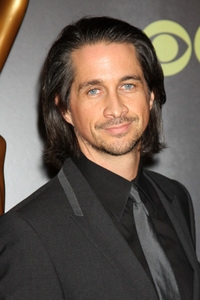 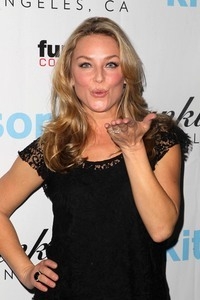