David Vickers turns in his gigolo shoes for a monk's robe!

"After what we've been through today, nothing would shock me," Viki told Charlie before seeing David... Again, he's back, and I couldn't be happier! I can promise you that there will be some exciting things coming up for David's return home! It's funny how both David and Asa's lawyer appeared in Llanview at the same time... Stay tuned!

Todd is granted bail - after his daughter takes the stand - then wallows in Marty's bed!

"You are my daughter," Todd said to Starr, to which Starr replied, "Not anymore… Todd…" This is so sad - the whole darn storyline! The Mannings have been through so many ups and downs, and Todd has always managed to get his family back. But this time, no matter how much Todd may want Blair, his kids, or the ever-so-out-of-reach Marty back in his life, I just don't see how the writers are going to pull this one off. Sure, I want forgiveness to come - somehow, somewhere - but I'll be eagerly watching to see if or how it'll be dished out - and by who! I will say this, I do think Todd has real feelings for Marty - and for what he did to her in the past and present.

Thanks so much for stopping by! If you didn't have a chance to read my Best and Worst Storylines of 2008, be sure to visit the One Life to Live News Room to vote in the polls and leave your own picks for 2008 as well! Before you leave, please vote in my latest poll below - and don't forget to leave me a comment or two!

Have a safe and Happy New Year! 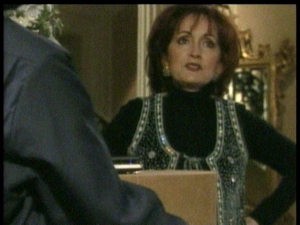 Though it was a short week in Llanview, it didn’t stop some very exciting things from taking place! Thanks for stopping by to hash them out with me! I hope you had a wonderful holiday and are ready to move on to the New Year ahead, so let’s get started!

“By the way, this doesn’t change anything between us,” Dorian warned Rex after giving him the Z-Box for Shane… I’d like to think that there was more to Dorian spreading her Christmas cheer than a feeling of guilt handed out by “Mel” the angel. Maybe some lessons learned from Christmas pasts? Let’s take a look back at a time when Dorian was forced to spend Christmas alone, due to her deceptive ways. Sit back while we revisit a major Christmas argument between Dorian and Herb Callison.

Tea’s real reason for returning to Llanview is revealed – and Ray now has the pit bull on his side!

“Yeah, he married her. We have plenty of time to prove that she set you up,” Tea told Ray, who replied, “Thank you Tea…” I knew it! Though I think Todd’s troubles were enough to bring Tea running back to Llanview, it’s just perfect that she would be working for Ray! I personally do not think Ray killed his wife, rather I believe that Vanessa did or paid someone else to do it! However, there’s one little thing Tea forgot to think about when taking on Ray’s case – and manipulating Cris into the whole scheme… Carlotta is going to flip her lid when she finds out!

Jared goes from former fake Buchanan to soon-to-be Mr. Natalie Buchanan – with a job at B.E.!

“I need something from you, and I’m not leaving here without it… I want to ask Natalie to marry me,” Jared said to Clint… Way to take a stand, Jared! I’m happy about this storyline all the way around. I like Jared and Natalie as a couple and am very happy that Viki and Clint can put the past in the past and move ahead. It was so funny seeing Natalie shaking the gifts under the tree – like a little kid! However, knowing her past, I bet she hasn’t had all that many Christmases to look forward to, so this one was extra special for her! Is it safe to say that Jared and Natalie will have nothing but smooth sailing from here on out? I’m thinking… not! 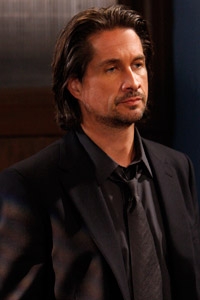 One Life to Live: Jack Rovello Joins The Show! 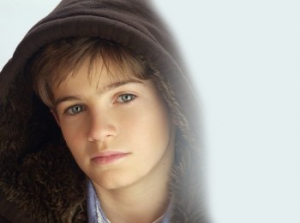