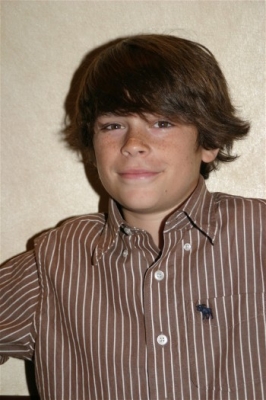 He’s the cute little Buchanan who we haven’t seen much of as of late, but things are about to change in Llanivew!

Eddie Alderson (Matthew Buchanan), younger real-life brother to Kristen Alderson (Starr Manning), has been with the show since May of 2001 on a recurring contract. However, with some very new and exciting front burner storylines coming up, Eddie has just been put on full contract with One Life to Live!

Without giving too much away, we can tell you that Eddie’s character will be struggling with a few teenage demons in the coming months. He’ll have a new rival on scene named Justin, as well as a new admirer, Becca, who will have a crush on the young Buchanan. Having a father as the Police Commissioner, and a mother as the District Attorney, will only add excitement to this upcoming storyline! For those who want more details, please visit our One Life to Live Spoiler page!

Soaps.com wants to congratulate Eddie on his new contract! We can’t wait to see him during what’s about to be the next storyline in teenage public awareness – something his big sister knows a bit about, given her recent pregnancy plot.

Happy Holidays From Amy At Soaps.com! 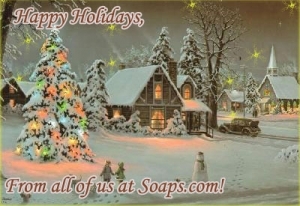