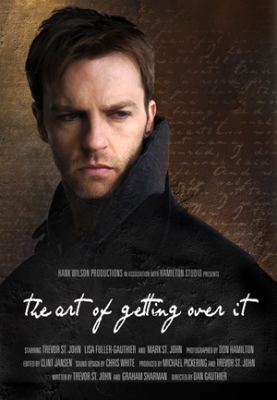 Last March, Soaps.com brought you news about Trevor St. John’s (Todd Manning) new film, which was directed by former One Life to Live actor Dan Gauthier (Kevin Buchanan), and now we have an update for you!

On December 29, Trevor’s creation, “The Art of Getting Over It,” will be screened at the Beverly Hills Hi-Def Film Fest in Los Angeles, as well as a second screening at the New Filmmakers Festival in New York City on January 4!

The movie surrounds Cameron Clothier (played by Trevor) who takes revenge on those who have hurt him but ultimately finds redemption for his sins though the power of love.

Trevor has expressed how much this film means to him and everyone who was involved in creating it, so if you get a chance, be sure to attend one of the two screenings to show Trevor your support!

Soaps.com wants to congratulate Trevor and Dan on their new project! We wish you much success!

One Life to Live: Best and Worst...