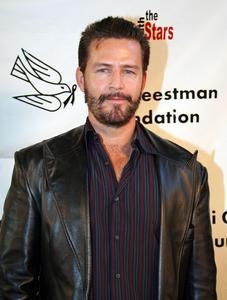 Soaps.com has the latest details surrounding what’s going on in the careers of the current and former “One Life To Live” actors. This week includes a Primetime appearance, a hypnosis show, another actor signs on for the reboot, and a look into why we may not see many Llanview actors on the Emmy pre-nominations list this year…

Ted King in Alpha House:
We may not be seeing Tomas Delgado in the Llanview online reboot, as Soap Opera Digest has reported that a deal between King and Prospect Park couldn’t be reached – but that they’ve left the door open. However, the actor has landed a new role. Ted King will appear in the Amazon Studios pilot “Alpha House,” which focuses on a “senatorial house in Washington D.C. where a bunch of senators live together and all the hijinks that take place there.” John Goodman (“Roseanne”) also stars. Find out which “AMC” actor has a role in it as well through our AMC Soap Digest.

Kassie DePaiva explains One Life To Live Emmy pre-nominations:
On February 27 the Emmy pre-nominations list will be announced. In Kassie DePaiva’s latest blog the actress shared, “You might not see very many ‘One Life To Live’ actors on the ballot because we had to submit/pay ourselves. When I contacted Frank Valentini [former “OLTL Executive Producer, current “GH” EP] regarding submissions for ‘OLTL’… I was told we only had two shows available to pick from… they were the last two shows that aired on ABC.” DePaiva went on to say though she was limited in what she could pick from she picked what she thought was the best scene from those two episodes.

In other news, DePaiva visited the new “OLTL” studios and tweeted:

Patrick Gibbons Jr. signs on for reboot:
Patrick Gibbons Jr., who touched hearts as Sam Manning, will be joining his Llanview family for the reboot! Stay up-to-date with all of the "AMC" and "OLTL" casting through Prospect Park to Migrate AMC and OLTL online, including an update on Roger Howarth's (Todd Manning) status with the show.

Thank you to all my fans...The tweets really made the difference! YOU ALL ARE THE BEST!

Catherine Hickland's Comedy Hypnosis Show:
On Friday February 22 at 7:00 PM Catherine Hickland (ex-Lindsay Rappaport) will bring her Comedy Hypnosis Show to the Annville-Cleona High School at 500 South White Oak Street in Annville, Pennsylvania. General admission tickets are $10, preferred seating to include a show DVD are $20. Email for more information. Here's a preview of what to expect.

Nick Choksi's Stay video:
Nick Choksi, who will return for the Llanview reboot as Vimal Patel, has posted a new video to his official YouTube Channel. Watch the actor as he sings a Valentine's Day song, "Stay," to his friend Steph.

Tika Sumpter's new OWN Network gig:
The actress who played Layla Williamson has stayed busy with various films and appearance since leaving Llanview in 2011. Tika Sumpter will be working with Oprah Winfrey and Tyler Perry ("House of Payne") next. Winfrey confirmed on Twitter that Sumpter will be involved in one of Perry's upcoming new OWN network shows. We'll keep readers updated when new details become available.

New Star in the making @iamtikasumpter All New Tyler Perry shows coming to @owntv in May. twitter.com/Oprah/status/3…

One Life To Live fun fact:
Actor Blair Underwood appeared as Bobby Blue from 1985 to 1986. He once kidnapped Viki Lord, who turned out to be Niki Smith - and Bobby's partner in crime. When Underwood landed the role of Jonathan Rollins on "LA Law" in 1987 one of the first people he called to share the news with was Erika Slezak (Viki/Niki).

Please join us every Tuesday for a new "One Life To Live" Soap Digest! Read about Melissa Fumero's (ex-Adriana) new lead Primetime role through last week's One Life To Live Soap Digest and hear why Lady Gaga had to cancel her tour in our Celebrity News.