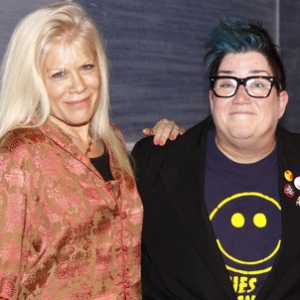 Soaps.com has the latest details surrounding what’s going on in the careers of the current and former “One Life To Live” actors. This week includes an onstage appearance, a way to rock out with one of Llanview’s hotties, an actress’ new hotline number, a former actress lands the lead in a new pilot and a few details into the reboot schedule…

Lea DeLaria joins Mix & Mingle event:
Lea DeLaria, who played Llanview’s Madame Delphina on and off from 2008 to 2011, will be in attendance for this event. The date, time and ticket information can be found in one of Soaps.com’s past OLTL Digests.

Melissa Fumero’s lead pilot role:
Adriana Cramer portrayer, Melissa Fumero, has landed the lead role in a new FOX pilot. Still unnamed, the Mike Schur/Dan Goor comedy focuses on an assorted group of detectives who work in a division on the outer edges of New York City. Fumero will star opposite Andy Samberg (“Cuckoo”) as a detective named Amy, previously a middle-school teacher, who does not date fellow cops. Soaps.com will keep readers posted with future details.

Linda Dano back to QVC:
Linda Dano, who played Rae Cummings on and off from 1999 to 2004, will be bringing her home collection back to QVC. View Linda Dano to QVC to find out when you’ll have the opportunity to watch and order a piece of Dano’s collection to add to your home.

Kerry Butler in Ragtime:
On Monday February 18 Kerry Butler (ex-Claudia Reston) will take part in the concert staging of "Ragtime," which intertwines the stories of three diverse families with historical figures to offer a look at America during the turn of the century. The concert will be held at the Avery Fisher Hall at Lincoln Center at 10 Lincoln Center Plaza in New York City, New York. To reserve your tickets call 1-212-875-5030. Of the event the actress tweeted:

Very excited to do ragtime!I saw the bdway revival and sat in front of @lin_manuelby the end we were sobbing!!!!Love this show!!

Robin Strasser's new hotline number:
For those of you who used to stay in touch with everything Robin Strasser (Dorian Lord) by calling her hotline we have good news. The actress has a new number and is ready to send new recorded messages to fans. Please Note: This may be a long distance call for some. Strasser tweeted her new number below:

Excited to hear that my short "Antisocial" will screen at this year's @floridafilmfest in April. I appreciate the home state love

Sherri Saum's The Fosters pilot pick-up:
Sherri Saum (ex-Keri Reynolds) tweeted on Wednesday February 6 that her new ABC Family pilot "The Fosters" has been picked up to series, which we reported in one of our past OLTL Digests. Fans can expect the one-hour drama to premiere sometime this summer on ABC Family.

And if you can't get enough of the actor check out his new recently tweeted headshot:

One Life To Live fun fact:
Ilene Kristen made viewers laugh for years through her character Roxy Balsom, who was always up for a party. Back in 1985 the actress played a party go-er on the big screen in Madonna's feature film "Desperately Seeking Susan."

Please join us every Tuesday for a new "One Life To Live" Soap Digest! Do you want to know what the former Pine Valley actors are doing too? Read our All My Children Soap Digest.