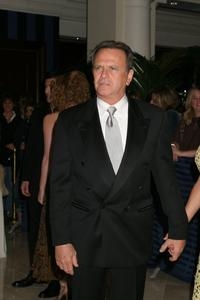 Soaps.com has the latest details surrounding what’s going on in the careers of the former “One Life To Live” actors. This week includes film roles, Primetime appearances, one actor back to “White Collar,” two actors who apparently won’t be turning up in the online reboot – and others who might…

Robert S. Woods and Erika Slezak in talks for One Life To Live’s online reboot:
Robert S. Woods, who played Bo Buchanan from 1979 to 2012, has signed with Prospect Park to bring his Llanview character back to life. Woods has been the only actor to play Bo over the years – other than in flashbacks of a younger self and when John-Paul Lavoisier (ex-Rex Balsom) thought he was Bo in the 1968 ‘back in time’ storyline. Erika Slezak is also returning as Viki Lord Banks. Visit Prospect Park To Migrate AMC And OLTL Online for even more cast announced.

Susie Bedsow Horgan and Thom Racina named One Life To Live co-head writers:
Look for Llanview to live on through the storylines of new Co-Head Writers Susie Bedsow Horgan and Thom Racina. Visit Prospect Park To Migrate AMC And OLTL Online to find out what other soaps they’ve worked on, as well as the latest updates for the reboot, including some Llanview casting calls and when you can expect to start watching “OLTL” again.

Tika Sumpter in Tyler Perry’s A Madea Christmas:
Layla Williamson portrayer, Tika Sumpter, has stayed busy since leaving “One Life To Live” in 2011. The actress is currently filming scenes for her latest project, “Tyler Perry’s A Madea Christmas,” which surrounds Madea’s quest to unleash her unique holiday cheer while helping to give her friend’s daughter a very special Christmas surprise. Look for the film release in December.

Scott Evans back to White Collar, submits a guilty plea to attempted cocaine possession:
Scott Evans, who played Oliver Fish from 2008 to 2010, and first appeared on the USA Network series "White Collar" back in September 2012, will be returning for another guest appearance as Dennis Flynn in the episode titled "Family Business." Tune in tonight, Tuesday January 22 at 10:00 PM. In other news… TMZ is reporting that Evans changed his plea from last month's drug charge from not-guilty to guilty. The actor will receive no jail time, and have the case dropped, if he attends sixty Narcotics Anonymous meetings (some of which he's already attended) and stays out of trouble during the next six months.

Kale Browne to The Young And The Restless?
Fans of Llanview's Sam Rappaport just might get to see the actor back in Daytime. Find out if Kale Browne is heading to Y&R then feel free to leave your favorite Sam memories in the comment section. Most recently Browne appeared on "Days of our Lives" as Dr. Miles Berman from 2006 to 2008.

Tonja Walker's show returns:
Tonja Walker (ex-Alex Olanov) updated fans on her Facebook to let everyone know her internet show "Straight Talk Live With Tonja Walker" will be returning soon - and the television version may be coming to a channel near you in the spring. Walker stated, "Hi everyone! Just an update on the show. I plan to be on the air soon, with great guests like Phil Donahue, Ricky Paul Goldin, and more. The TV version is also being pitched and is reportedly going to start in Philadelphia this Spring. So thanks for your continuing support!"

Kearran Giovanni to Beauty And The Beast:
Kearran Giovanni, who played Dr. Vivian Wright and recently starred as Detective Amy Sykes in "Major Crimes," has landed a CW guest role. Look for the actress to appear on Thursday February 21 as Miranda, Lieutenant Joe Bishop's (Brian White) wife. The series airs at 9:00 PM.

David Gregory's Deception update:
Soaps.com reported in the beginning of the month that David Gregory (ex-Robert Ford) would be guest starring on NBC's "Deception." The actor has announced via Twitter that he will be turning up a few more times throughout the season, as he landed an eight-episode arc. The series airs Mondays at 10:00 PM.

starting an 8 episode arc on #Deception Monday night on NBC! Check it out!

No. RT @erinarvin: Can we expect Rex and Gigi on OLTL online? @farahfromky

Fath then followed up with her plans and the hopes to land a role in an upcoming pilot:

headed back to LA LA land to try this pilot season thing again.Wish Hollywood was in KY:(

One Life To Live fun fact:
Are you a fan of best-selling author Danielle Steel? Back in 1996 Erika Slezak (ex-Victoria Lord Banks) played Jean Roberts in "Full Circle," based off of Steele's 2006 release. The film as starred "The Young And The Restless" alum Corbin Bernsen (ex-Father Todd Williams).

Do you want to know what the former Pine Valley actors are doing too? Read our All My Children Soap Digest, and view Soaps.com's Primetime Dish to hear which actress will join her mom on "Switched At Birth."