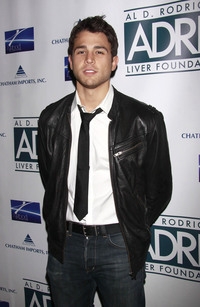 Soaps.com has the latest details surrounding what’s going on in the careers of the former “One Life To Live” actors. This week includes Primetime and film appearances, one actor’s advice on life, early plans for a 2013 Llanview anniversary event, a wedding announcement, and an unfortunate arrest…

Lenny Platt to appear on Terminales:
Nate Salinger portrayer Lenny Platt will be appearing in an upcoming episode of ABC Family’s new pilot “Terminales.” Platt recently shot scenes at Fenway Park, as production on the project began on November 28. Based on Televisa’s successful Mexican drama of the same title, the English language pilot surrounds an aspiring journalist named April who in order to work her way up the ladder at a Boston newspaper must impress her hard-nosed editor.

Josh Kelly’s Zero Dark Thirty trailer:
Cutter Wentworth portrayer Josh Kelly will be appearing in the January 11, 2013 film “Zero Dark Thirty,” which is based on the true story of the decade-long manhunt for al-Qaeda terrorist leader Osama bin Laden and stars James Gandolfini (“The Sopranos”). The film was recently named Best Film by the New York Film Critics Circle, as well as receiving nods for Best Director (Kathryn Bigelow) and Best Cinematographer (Greig Fraser). Watch the trailer below for more. The National Board Of Review also named the picture the Top Film Of The Year.

Barbara Garrick in Deserted Cities:
Allison Perkins shocked viewers during the finale with Victor Lord (Trevor St. John) tied to a bed, and her portrayer, Barbara Garrick, is in the early stages of filming a new project called “Deserted Cities.” Though there’s no word who the actress will play at this time, the film follows a man who wants to renew his relationship with his self-style feminist wife, who leaves Mexico City and heads to the chilly U.S. heartland for a writer’s conference. Stay tuned for details as they develop.

One Life To Live Anniversary Party:
Even though the show is no longer on the air plans are in the works for a party to celebrate what would have been its 45th anniversary. Stay tuned, as Soaps.com will keep readers updated on this tentatively planned July 2013 event.

Brittany Underwood performs A Broadway Christmas:
The actress who played Langston Wilde, and currently stars on Nickelodeon's "Hollywood Heights," will be taking part in Upright Cabaret’s "A Broadway Christmas." The program highlights the best of Broadway with the carols of Christmastime and is scheduled for four performances. Visit A Broadway Christmas for dates and ticket prices.

Tonye Patano in Driving Normal:
We won't soon forget Llanview's protective mother, Phylicia Evans, and fans will be able to see Tonye Patano in the 2013 film "Driving Normal" as Anne. The dark comedy is based off of the play of the same name and follows a determined graphic novelist and his strange neighbor who fall in love with the same girl and find themselves in an unlikely love triangle.

I'm GOING TO BE A CHRISTMAS BRIDE!I AM MARRYING THE MAN OF MY DREAMS! Live-streaming the wedding so my mom can "be" there. 12/22/12!

Hickland is engaged to Todd Fisher. This is her fourth marriage, having been wedded to Michael E. Knight ("AMC's" ex-Tad), David Hasselhoff ("Y&R's" ex-Snapper) and Richard Knowlton.

Mikey Jerome's advice on life:
Mikey Jerome ("I Wanna Be A Soap Star" season three) hit the Llanview scene back in 2006 as Ted Osbourne, Vincent Jones' (Tobias Truvillion) sidekick. Over the years, through his YouTube Channel, Mikey Chronicles, he's sent messages full of meaning to his fans and recently shared an important day in his life, along with a bit of good advice. Read our past Mikey Jerome Interview to hear about his most memorable Llanview experience - and how Trevor St. John (ex-Victor) played a part in it.

This day in One Life To Live history:
On May 16, 2007 Jessica Buchanan Vega was diagnosis with liver cancer. Though Antonio Vega tried to banish Nash Brennan from hearing the results of Jessica's biopsy, Clint took a stand and insisted that Nash had a right to hear what Dr. Paige Miller was about to tell Jessica and the family.

Do you want to know what the former Pine Valley actors are doing too? Read our All My Children Soap Digest, and view Soaps.com's Primetime Dish to find out where Matchbox Twenty will be turning up.