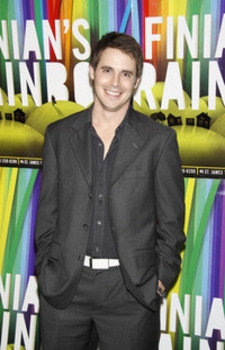 Soaps.com has the latest details surrounding what’s going on in the careers of the former “One Life To Live” actors. This week includes a fictional bodyguard turned New York Giant, how you can play Pac-Man with a Llanview actor for charity, a special holiday message to fans, and one actress’ disappointment with the results of a recent reality TV finale…

Brett Claywell at Stiks Arcade Charity Gaming Gala:
Co-Founder of Stiks Gaming, Brett Claywell, who played Kyle Lewis from 2009 to 2010, will attend the first annual Stiks Arcade Charity Gaming Gala on Thursday December 6. Nick Cannon (“Up All Night”) will DJ and around twenty arcade games will be brought in for the event where people can purchase tokens to play. All proceeds will go to benefit victims of Hurricane Sandy. If you’d like to attend the event, which will take place at Boulevard 3 at 6523 Sunset Boulevard in Los Angeles, California, visit Stiks Gaming.

The film I did this summer is going to the Sundance film fest!sundance.org/festival/relea…

Sherri Saum to Revenge:
Though details are slim, the actress who played Keri Reynolds from 2001 to 2003, and is the wife of Kamar de los Reyes (ex-Antonio), will be turning up on ABC’s “Revenge” sometime in 2013. The winter finale aired last Sunday December 2 at 9:00 PM. Stay tuned for further details, and if you missed last Sunday’s winter finale read Soap Opera Fan Blog’s Revenge Recap: Revelations.

Oooh – just booked a juicy role on #Revenge on ABC.Hope I get some. Revenge that is.

Judith Light in Last Weekend:
Karen Wolek portrayer, Judith Light, is currently filming for the upcoming movie “Last Weekend” as Veronika Goss. The story surrounds a wealthy matriarch who gathers her dysfunctional family during the holidays for a weekend at their lake house – only trouble is, when things don’t go the way she planned the woman begins questioning her own place in the family. Patricia Clarkson (“Parks And Recreation”) and Zachary Booth (“Damages”) also star.

Tika Sumpter's Sparkle on Blu-Ray:
Last Friday November 30 "Sparkle," which Tika Sumpter (ex-Layla Williamson) starred in as Dolores, was made available on Blu-Ray DVD. This was also the last movie Whitney Houston filmed before her death on February 11, 2012.

Chris Beetem on Inside Amy Schumer:
When the lights went out in Llanview Tate Harmon was still finishing out his sentence at Statesville Prison. However, his portrayer, Chris Beetem, will be turning up on Comedy Central soon. On Thursday November 29 Beetem began working on an episode of the network's new show "Inside Amy Schumer" and stated on his official Facebook page, "And things are starting to get a little 'sketchy.'" Stay tuned for his airdate.

Robin Strasser's Dancing With The Stars pick:
Were you upset last Tuesday when "General Hospital's" Kelly Monaco and partner Val Chmerkovskiy were eliminated in the "Dancing With The Stars: All-Stars" finale? Just like her Llanview character, Dorian Lord, Robin Strasser didn’t hold back when tweeting who she thought should have won and her reaction when her pick didn't take home the mirror ball trophy.

No matter what I want #GH @kellymonaco1 to WIN. She's more fab now than she was Season1 As for Val: if that's NOT love? itz something better

Teresa Patel in The Kiss:
Llanview's Neela Patel once shared a kiss with Jack Manning (Andrew Trischitta) and her portrayer has a new project surrounding something of the same. Watch the short romantic drama, "The Kiss," featuring Teresa Patel as Preeti Gupta where a weekend task leads to flirting and ultimately a kiss.

Ilene Kristen's new original recordings:
The actress who played Roxy Balsom posted a video on her Facebook page letting fans know how much the former "One Life To Live" actors miss their audience and how during their get-togethers they reminisce about the wonderful times they had on the show. Kristen also talked about how she's currently recording her own material. "It's all my original material, so it's really exciting." Readers can watch the video in its entirety on Ilene Kristen's Facebook, which goes along with the holiday photo the actress tweeted below.

youtube.com/watch?v=gRcoAd… New cover with a friend of mine :) Just a Kiss by Lady Antebellum

Melissa Archer's West End trailer:
(Ex-Natalie Buchanan) Melissa Archer and Eric Roberts' West End trailer has just been released. Archer will play Lauren Buccellato in the film, which is currently in post-production. Watch the trailer below and keep an eye out for your favorite Llanview red-head.
http://www.facebook.com/v/4455678223006

One Life To Live fun fact:
The late Phil Carey, who played Asa Buchanan from 1979 through 2008, was approached to play the role of the Buchanan Patriarch based on his strength during his unsuccessful audition for the role of "All My Children's" Palmer Cortlandt.

Do you want to know what the former Pine Valley actors are doing too? Read our All My Children Soap Digest, and view Soaps.com's Primetime Dish to find out what Wade's struggling with on "Hart Of Dixie."