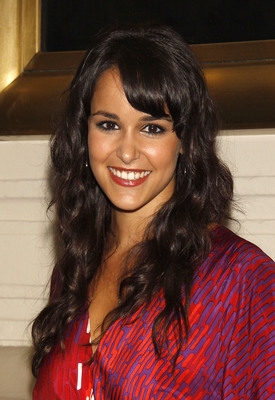 Soaps.com has the latest details surrounding what’s going on in the careers of the former “One Life To Live” actors. This week includes having Tonja Walker as your realtor, an event where fans can cheer on the stars for charity, Matt Walton’s CBS guest spot, Amanda Setton’s Primetime exit, and three friends reuniting on camera…

Melissa Fumero’s CSI: NY airdate:
Back in October Soaps.com reported Melissa Fumero (ex-Adrianna Cramer) will be guest starring in an upcoming episode of “CSI: NY.” We now have the details… Fumero will appear as Michelle Rhodes in the Friday December 7, 9:00 PM episode titled “The Real McCoy,” as the CSIs investigate a 1920s-inspired speakeasy after one of the owners are murdered – not to mention the $10,000 that turns up missing.

Men of Llanview Fan Weekend:
This is an event fans won’t want to miss! Various former Llanview male actors will come together on Saturday March 23 at Planet Dailies at 6333 West 3rd Street in Los Angeles, California to meet their fans for lunch. Then on Sunday March 24 actors from the show will compete against each other in the SOSP Basketball Charity Game to see who can raise the most money for the charity of their choice. Stay tuned as we bring readers ticket information for both events sometime in December.

Lunch In The Afternoon with Tonja Walker:
On Saturday January 19 from 12:00 PM to 3:00 PM fans will be able to come out and meet Tonja Walker. The actress who played Alex Olanov on and off from 1990 to 2011 will share lunch with her fans, take part in a Q&A session and will be available for a meet and greet after the event, which will be held at Planet Dailies at 6333 West 3rd Street in Los Angeles, California. Visit Soaps Socialite Productions for tickets.

Let Tonja Walker sell your home?
If you can’t make Walker’s fan event but are in the market to sell or buy a new home it might pay to have a former soap actress as your realtor. Walker alerted fans through Twitter about her latest venture and success in completing the requirements to become a New York State licensed realtor.

Matt Walton’s Made In Jersey airdate:
Back in August Soaps.com reported news on (ex-Eli Clarke) Matt Walton’s Made In Jersey role. Now we have the details on when to catch the actor in Primetime. Tune in on a special night and time, Saturday December 1 at 8:00 PM, for the episode titled “Payday” where Walton appears as Stiles. Donna Murphy (“Another World’s” ex-Morgan) will also guest as Darlene Garetti as a few seek Martina’s (Janet Montgomery) help, who finds a slight delay in her first paycheck.

Ryan Phillippe in Shreveport:
Ryan Phillippe, who played Daytime’s first gay teen, Llanview’s Billy Douglas, has a new project in the works. Phillippe will make his directorial debut with the film “Shreveport,” which he also wrote on and stars in as Reagan Pearce. The indie thriller focuses on a broke actor who’s kidnapped from the set of his new film and tortured. Russ Russo (“Revolution”) and Joyful Drake (“Let’s Stay Together”) also star.

Hunt Block in Young(ish):
The actor who played rogue FBI Agent Lee Ramsey will appear as a middle aged man in the upcoming short feature "Young(ish)." The story follows an elderly couple who finds themselves transporting back to their childhood with the help of a wooden playground pirate ship. It isn't until their adult children arrive at the beach to pick them up when the cyclical nature of life is revealed.

Alderson, Underwood, Robuck sandwich, anyone?
Some of the best teen scenes in Llanview involved Starr Manning ("GH's" Kristen Alderson), Langston Wilde (Brittany Underwood) and James Ford (Nic Robuck). Check out this sweet photo of the gang back together again.

This day in One Life To Live history:
In May 2006 Kevin Buchanan's son Duke and Kelly Cramer were injured during a tornado that rocked Llanview on Michael and Marcie McBain's wedding day. Only one of them could receive a lifesaving surgery, and Kevin was forced to make the choice on who would get it. He chose Kelly, who survived, and lost Duke. Later, it was revealed that Kelly had been pregnant with Duke's baby. Wanting to stay with Kelly, Kevin took her and the baby to London to start a new life.

Do you want to know what the former Pine Valley actors are doing too? Read our All My Children Soap Digest, and view Soaps.com's Primetime Dish to find out which "Last Resort" star is heading to "Once Upon A Time."