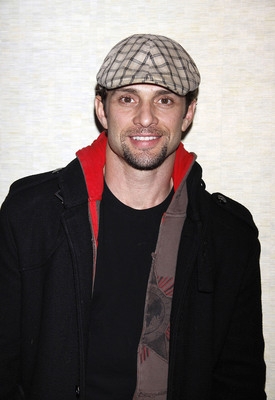 Soaps.com has the latest details surrounding what’s going on in the careers of the former “One Life To Live” actors. This week includes a former Llanview actress inducted into the Wall of Fame, a fan event for Ilene Kristen, several Primetime guest spots and one popular actor who’s finally joined Twitter and will star in an upcoming Lifetime movie…

David Fumero’s CSI:NY airdate:
For those waiting to hear when David Fumero (ex-Cristian Vega) will appear on “CSI: NY,” we have the episode details. Tune in at 9:00 PM on Friday November 30 for the episode titled “Blood Out” where Fumero will appear as Benny.

Dan Gauthier in The Mentalist:
Kevin Buchanan’s portrayer is heading back to Primetime. Look for Dan Gauthier in the Sunday November 25 episode of CBS’ “The Mentalist.” In the episode titled “Black Cherry” Gauthier will play Chip McGavin, as the CBI team look into the murder of a real estate agent with former gang ties. Tune in at 10:00 PM.

Kassie DePaiva inducted into Wall Of Fame:
On Tuesday November 20 at 9:00 AM the UCPS (Union County Public Schools) inducted “General Hospital” guest star Kassie DePaiva (Blair Cramer) into the Wall Of Fame. DePaiva was recognized for her longtime Llanview role, singing at the Grand Ole Opry and releasing three CDs.

January LaVoy in Good People:
The actress who played Noelle Stubbs has hit the stage once again. January LaVoy is taking part in the David Lindsay-Abaire production “Good People” as Kate. When things don’t go well for a South Boston single mom named Margaret the play exhibits what modern Americans will do to survive. Showtimes run through Sunday December 9 at the Pittsburgh Public Theater at 621 Penn Avenue in Pittsburgh, Pennsylvania. Visit Pittsburgh Public Theater for tickets and times.

Terri Conn in Couch:
Terri Conn (ex-Aubrey Wentworth) is taking part in a new short film titled “Couch.” Written by Perry Silver and directed by Ian Gelfand the comedic-short follows an immature, yet adorable New York guy whose girlfriend is doing everything possible to save what they have through pre-pre-pre-pre-marriage couples’ therapy. Conn will appear as Christine. Other actors include Matt Servitto (“Harry’s Law”) and Michael Kenneth Williams (“Boardwalk Empire”). Hear more from those behind the scenes by visiting Couch: A Short Film.

Ilene Kristen's Lunch In The Afternoon:
Who could ever forget Llanview's Roxy Balsom and her high energy? If you'd like to spend an afternoon with actress Ilene Kristen mark your calendar for Saturday February 16. Soaps.com will report the venue and time when fans can mingle with the actress as details come in.

Michael Malone's speaking event:
Former "One Life To Live" head writer and bestselling author Michael Malone will be a speaker at this year's Friends Of The Lexington Library Annual Meeting, where he'll talk about the writing and publishing process. He'll also touch base on his experience writing books, plays and musicals. The event is open to the public and will take place on Thursday November 29 at 7:00 PM at the First Baptist Church Fellowship Hall at 201 West Third Avenue in Lexington, North Carolina. If you can't make the event you can watch the past Michael Malone Video Interview, where he answers a few of Soaps.com's questions.

Tobias Truvillion back to Blue Bloods:
The actor who played Vincent Jones, Tobias Truvillion, was last seen on CBS' "Blue Bloods" on November 4, 2011. Come Friday November 30 at 10:00 PM his character Otto reappears during the episode titled "Higher Education." Tune in as Danny (Donnie Wahlberg) finds a murdered college student who might have been dealing drugs, and Erin (Bridget Moynahan) has to learn to give Nicky (Sami Gayle) some freedom.

Nic Robuck on Twitter:
Fans of James Ford's portrayer are going to be able to stay in touch with Nic Robuck on a personal level, as he's finally joined the Twitterverse. We know there are many fake actor accounts out there, but Brittany Underwood (ex-Langston Wilde; "Hollywood Heights") has confirmed this is really Robuck, who made his very first tweet...

Hey guys, it's me, Nic Robuck! Sorry it took so long for me to join twitter, I was stuck in the bathroom all this time...

Nic Robuck's Dark Desire airdate:
In other Robuck news... What was initially titled "A Dark Plan," has been renamed "Dark Desire," starring Nic Robuck (ex-James Ford) in the lead as Shane. The Lifetime feature will premiere on November 23 at 8:00 PM and also stars "The Young And The Restless" alum Nia Peeples (ex-Karen).

One Life To Live fun fact:
Josh Kelly, ex-Cutter Wentworth (2010 to 2011), parachuted into Iraq and went on to serve as an Army Ranger for three tours in Afghanistan. Turning to acting, "One Life To Live" was Kelly's first Daytime role.

Do you want to know what the former Pine Valley actors are doing too? Read our All My Children Soap Digest, and view Soaps.com's Primetime Dish for details on "90210's" upcoming timeslot change.