Andrew Trischitta books print ad for Brooks Brothers:
In news surrounding Trischitta, the actor landed a print ad this year for Brooks Brothers, which is a company described as "the first ready-to-wear fashion emporium in America." So, while looking through magazines keep an eye out for a familiar Llanview face wearing some of the company's apparel!

Brandon Buddy resurfaces:
We haven't heard a whole lot about the actor who played Cole Thornhart as of late. Brandon Buddy recently started tweeting again and even posted a photo of his new look...

It's inspiring because I lost 6 pounds of hair weight...now I can munch down on that burger tonight :) twitter.com/BrandonRBuddy/…

This time in Llanview history:
Back in May 2005 Rex Balsom and Bo Buchanan turned up in a gay bar. Though it was a comical scene, with Rex in disguise by getting touchy-feely with Bo, the reason they were there was very serious. They were following Daniel Colson, who was married to Nora and ended up admitting that he was gay - not to mention a murderer, having killed Paul Cramer and Jen Rappaport.

If you missed last week's One Life To Live Soap Digest hear about two actors, who played Joey Buchanan, appearing on a popular Primetime show together.

Do you want to know what the former Pine Valley actors are doing too? Read our All My Children Soap Digest each Tuesday as well! If you miss an episode read Soap Opera Fan Blog's Revenge Weekly Recaps. 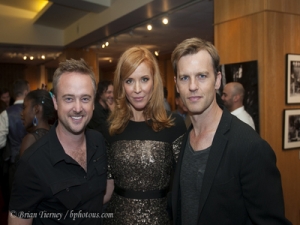 Soaps.com has the latest details surrounding what’s going on in the careers of the former “One Life To Live” actors. This week includes a Llanview actor sighting, movie news, a video that’s bound to make some snicker, and a few photo peeks into the lives of the actors…

Trevor St. John’s two new films:
Fans of Trevor St. John (ex-Victor Lord) have a lot to look forward to! St. John recently finished shooting two new independent films. The first, a thriller starring Keri Russell (“Running Wilde”) titled “Dark Skies,” where he’ll appear as Alex Holcombe. The story follows an alien disguised as a human and a boy who’s marked for abduction. The second is titled “Road Trip,” starring Lori Loughlin (“90210”). As of yet, there are no further details for this thriller.

Trevor St. John at The Cottage premiere:
Soap star sighting! Trevor St. John has been a busy man… Back on October 5 he was in attendance at the Academy of Motion Picture Arts and Sciences for the premiere of the film “The Cottage,” which is now on DVD. The film stars David Arquette as Robert Mars, as well as Kristen Dalton (pictured with St. John above) as Chloe Carpenter, and surrounds a young family who feels as though their new tenant is stalking them.

David Fumero to CSI: NY:
Fans of the actor who played Cristian Vega will be happy to know that David Fumero will be turning up on Primetime very soon! Though his appearance date for the CBS guest starring “CSI: NY” role has yet to be announced, we hear that David was filming scenes last week. Stay tuned! Fun fact: Did you know that Fumero is married to his former co-star Melissa Fumero (ex-Adriana Cramer)? The couple married back on December 9, 2007.

John Wesley Shipp in Golden Shoes:
His Llanview character, Eddie Ford, may be dead but the actor has a new character in Golden Shoes. Look for Shipp to appear as the President of The United States in the film that also stars “The Young And The Restless'” Joshua Morrow (Nick Newman) and Eric Roberts (ex-Vance Abrams). 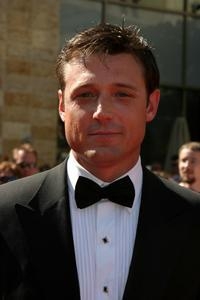 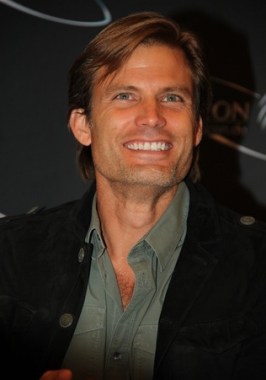