January LaVoy voices audiobook:
Her Llanview character may have been one heck of a pie maker, but these days January LaVoy (ex-Noelle Stubbs) is the voice of a new audio book titled "The Diviners." Written by Libba Bary, of the young adult fast-paced crime drama, LaVoy posted on her Facebook, "It's the first in a trilogy, and it's spectacular. If you love great storytelling, fabulously drawn characters, and NYC (in the 1920's, no less!) do yourself a favor and pick up this book. Or better yet, get the audio version!" The audio book can be downloaded from various online vendors.

Jason Tam gets a stage extension:
(ex-Markko Rivera) Jason Tam's Marry Me A Little, which was supposed to end its run on October 21, has been given a one week extension. Fans will now have until October 27, including two extra Wednesday matinees on October 17 and 24, to see Tam on stage. Ticket details are in the link.

Shenaz Treasury's life through video:
Shenaz Treasury, who hit Daytime by storm as Llanview's Rama Patel, created a video to give fans a look into her life and where she started as an actress. Though she acted on her first television show at ten years old, Treasury went on to say, "By the time I was nineteen I was one of the most popular faces on MTV Asia." Watch the video below for more on her time as a Bollywood actress and how she came to New York and found herself in an audition for "One Life To Live."

Sean Ringgold on Blue Bloods:
Llanview's favorite bodyguard Shawn Evans handled his fair share of criminals. Now the actor is setting off in a new role, which is bound to come across a few as well! Sean Ringgold alerted fans, via Facebook, that he'll be appearing in an upcoming episode of CBS' "Blue Bloods" and stated, " I just got word I booked an episode of 'Blue Bloods' doing a quick scene with Donnie Wahlberg which I know will be funny." If that isn't enough to celebrate, the actor also recently treated himself to a new Harley Davidson Screaming Eagle motorcycle. Sean went on to share, "Work hard play hard life is short live it to the fullest God is good."

Bree Williamson's Haven appearance:
Soaps.com reported back in April that Bree Williamson (ex-Jessica Brennan) had landed a recurring role on the SyFy series. Tune in on Friday September 28 at 10:00 PM for her next appearance!

Jessica Morris in Reel Evil:
Jessica Morris, who played Jennifer Rappaport from 2001 through 2008, is starring in a new Full Moon Features film. Directed by Danny Draven "Reel Evil," set to be released in December, follows three struggling filmmakers who are hired by a major studio production to shoot a behind the scenes documentary. While exploring a renowned, haunted location their dream job turns into something far worse than they imagined. Get a peek of Morris' character, Kennedy, through the official trailer below.

Steven Culp guests on Grey's Anatomy:
The actor who last appeared as Dr. Daniel Wolek back in 1983 through 1984 will be heading to Primetime! Look for Culp to appear as Dr. Parker in "Grey's" Thursday September 27 9:00 PM episode on ABC.

One Life To Live Fun Fact:
Did you know that before actor Laurence Fishburne made it big in the film and Primetime industry he played Llanview's Dr. Josh Hall from 1973 to 1976? These days Fishburne has turned up as Dr. Raymond Langston in "CSI: Crime Scene Investigation" and will play Agent Jack Crawford in the 2013 series "Hannibal."

If it's not just the actors of Llanview you miss, but the characters too, read our One Life To Live Fan Fiction to keep the show alive.

Do you want to know what the former Pine Valley actors are doing too? Read our All My Children Soap Digest each Tuesday as well!

"Cougar Town" returns in January 2013 and the cast has a special message for their fans! Watch the video in Soaps.com's Primetime Dish. If seeing celebrities out and about interests you read Soap Opera Fan Blog's Star Gazing for Lady Gaga sightings and more! 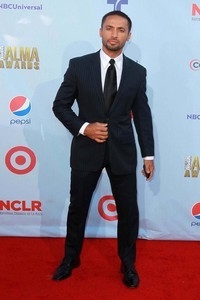 Soaps.com has the latest details surrounding what’s going on in the careers of the former “One Life To Live” actors. This week includes new film roles, Primetime appearances, hearing about an actor who made his first acting appearance in Llanview, and the road one actress took to break into the business…

Kamar de los Reyes presents at the Alma Awards:
Kamar de los Reyes (ex-Antonio Vega) was spotted on the red carpet of this year’s Alma Awards, which aired at 8:00 PM on Friday September 21 on NBC. Reyes presented, along with Nadine Velazquez (“Hart Of Dixie”), the award for Favorite TV Reality, Variety, or Comedy Personality or Act. The awards handed out were to honor outstanding Latino creative achievements in television, film and music.

Joe Lando in Thriftstore Cowboy:
Following his role on the CW’s “Secret Circle,” which was cancelled after just one season, former “One Life To Live” actor Joe Lando (ex-Jake Harrison) will play Will Brooks in the new film “Thriftstore Cowboy.” Viewers will be treated to a gripping story about friendship, family and love, especially for one man who will do whatever it takes for a second chance at life.

Yasmine Bleeth lands Beautiful Evil:
Yasmine Bleeth, (“Bay Watch,” “Ryan’s Hope”) who played LeeAnn Demerest Buchanan from 1991 to 1993, is currently working on a new film. “Beautiful Evil” showcases what happens after the Hollywood Hills are found littered with bodies of decapitated Sunset Strip prostitutes. The LAPD is mystified that all bodies have been drain of blood. Bleeth’s character, Beverly Hills socialite Baroness Von Siepold, ends up kidnapped from a star-studded event by a paparazzi photographer who misses the shot of his life… Expect its tentative release sometime in 2013.

Jeff Fahey guest stars on Revolution:
Jeff Fahey (“Lost”), who landed his first acting gig as Llanview’s Gary Corelli back in 1982 and held until 1985, will be appearing in a guest starring role in NBC’s new project “Revolution.” Stay tuned for his air date and tune in to the pilot, which airs Mondays at 10:00 PM. 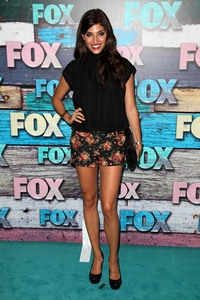