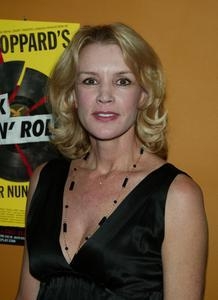 Alexandra Neil (“One Life To Live’s” ex-Paige Miller, 2006 to 2007) will be appearing in the upcoming film “The Simon Killer.” The project stars Brady Corbet (“Law & Order,” “24”) as a college grad named Simon, who heads to France where he falls in love with a prostitute. Though the film premiered at The Sundance Film Festival back in January, its release is set for sometime this fall.

Since leaving her Daytime role, Neil has turned up in “Law & Order,” “Twelve,” and has just finished “The Longest Week.” For those who don’t recall, her Llanview character left town after her son’s death to work with Doctors Without Borders, leaving behind a heart broken Bo Buchanan (Robert S. Woods).

Remember the actor who played Llanview’s Tate Harmon? Find out about his upcoming compelling film through Chris Beetem in Lullaby.

Read who gets help from Knox on “Strike Back” through Soaps.com’s Primetime Television Spoilers, and if you have a preference for who Salem’s Sami Brady should be with check out Soap Opera Fan Blog’s Days of our Lives Fan Fiction for a few different options.