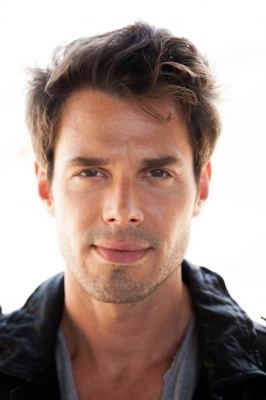 We reported last week in our Primetime Dish that “It’s Always Sunny In Philadelphia” would return to FX for season eight on October 11 at 10:00 PM. On the heels of the good news, former “One Life To Live” actor Josh Casaubon (ex-Hugh Hughes) announced on his Facebook that he’ll be guest starring.

Casaubon tells Soaps.com that he’ll appear in episode 806 in the long running series that centers around a group of egotistical friends, who manage an unsuccessful Irish bar in South Philadelphia, Pennsylvania called Paddy’s Pub. Danny DeVito (“When In Rome”), Charlie Day (“Third Watch”), Glenn Howerton (“Unsupervised”), Rob McElhenney (“How To Be A Gentleman”) and Kaitlin Olson (“Family Guy”) star as ‘The Gang’ in question.

For those who need a refresher, Casaubon’s Llanview character died in a fiery multi-car accident in September 2006. Though he was thought to have survived, many were stunned when the bandages were removed to reveal John McBain (Michael Easton, “General Hospital”) had in fact been in the hospital bed for months.

Another Llanview alum has gone on to land a movie role. Keep on the lookout for Scott Evans in Feed The Dog.

Did you know Britney Spears almost quit her new job on the first day? Soaps.com’s Celebrity Gossip has the scoop! If seeing celebrities out and about interests you read Soap Opera Fan Blog’s Star Gazing.

Ex-OLTL's David Chisum In Birds Of...