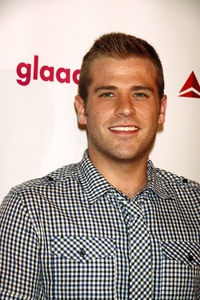 “One Life To Live” fans were upset when Oliver Fish left to raise his daughter somewhere off-screen in Llanview. Viewers will now be able to catch the actor on the big screen, as Scott Evans will be taking part in the new film “Feed The Dog” as Ronnie Watt. The film stars Justin Bieber’s girlfriend Selena Gomez (“Wizards Of Waverly Place,” “Hannah Montana”) in the lead as Nina Pennington.

Described as an adventurous road to rock ‘n’ roll superstardom, “Feed The Dog” won’t disappoint and is set for a 2013 release. Others cast include Heather Graham (“The Hangover”), Elisabeth Shue (“CSI,” “Cocktail”), Mary-Louise Parker (“Weeds”) and Nat Wolff (“The Naked Brothers Band”).

Evans played the role of Llanview’s Oliver Fish from 2008 through 2010 and went on to appear in “Rubicon,” “Law & Order: Criminal Intent,” and played “Guiding Light’s” Trey prior to his ABC Daytime role. And here’s a fun fact… For those who just saw Hollywood actor Chris Evans in “What’s Your Number,” he’s Scott’s older brother!

Be on the lookout for another “OLTL” alum (ex-Miles Laurence) David Chisum in Birds Of Paradise.

Ex-OLTL's David Chisum In Birds Of...