Ex-OLTL’s David A. Gregory Directs She Walks In Beauty 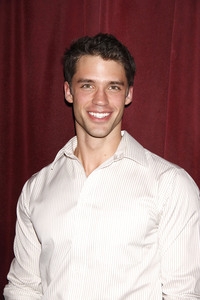 Sitting in the director’s chair.

Former “One Life To Live” actor David A. Gregory, who played Robert Ford from 2009 to 2012, has taken on a new role in his career – as a director. Gregory alerted fans on his Facebook in regards to his current project and stated, “Hey everyone – here’s what I’ve been up to as of late. I wrote a play that just got accepted into the Fall Play Festival at Manhattan Repertory Theatre in NYC. Performances are November 7, 9 and 11. I won’t be in it but will be directing it. I’ll keep you posted!”

The play is called “She Walks In Beauty” and focuses on a fairly average newlywed couple, experiencing fairly new problems in their marriage… Further described as “2 Men. 1 Robot. Someone’s wife is not happy. She’s the robot.” ‘She is’ – in fact – a mechanical human prototype created by her husband and his boss. As the story plays out, secrets are exposed and relationships begin to change, which grow toward a devastating, disastrous, and enigmatically humorous climax.

Since Llanview went dark, Gregory has appeared in the CW’s “Gossip Girl” and “Excuse Me For Living.”

Have a laugh by watching the actor who played David Vickers through Tuc Watkins The Ladder Party Video.

Find out who plans to bare all through CBS Daytime Actresses On The Talk, and read who was celebrating their 19th birthday at the Funky Buddah nightclub through Soap Opera Fan Blog’s Star Gazing.