Find out how you can see Matt Watlon in Under My Skin live on stage.

Which Primetime actress talked to Soaps.com about her character's Southfork cousin/husband? Read Soaps.com's August Soap Opera Interviews. If it's celebrities you're after, Soap Opera Fan Blog's Star Gazing column will show you where the actors are caught during their downtime - and who's caught doing what!

“I’m Sam… Welcome to my nightmare.”

Llanview’s Will Rappaport found himself chased by a few demons, but Jason-Shane Scott will have his new character running from something different altogether in Return Of The Killer Shrew. Watch a sneak peek of the upcoming movie. 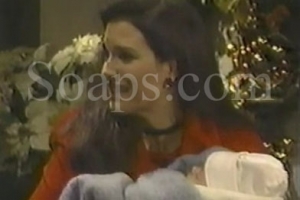 One Life To Live Videos: Remember When Blair Introduced Chad?