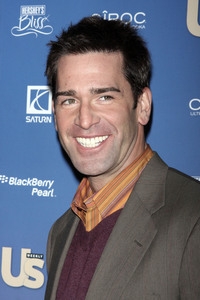 Heading back to the stage.

“One Life To Live’s” Matt Walton, who played Llanview villain Eli Clarke, will be taking part in The Pasadena Playhouse production “Under My Skin” as Harrison Badish, along with former “Passions” actress Erin Cardillo (ex-Esme Vanderheusen) as Melody Dent.

Written by the award-winning duo, Robert Sternin and Prudence Fraser, the comedy about sex, love and healthcare focuses on New York’s most eligible bachelor and a single working mom who end up experiencing each other’s lives, which are viewed from very different perspectives. The production will run from September 11 through October 7 with an official opening on Wednesday September 19 at 8:00 PM at The Pasadena Playhouse at 39 South El Molino Avenue in Pasadena, California. Tickets can be purchased by calling 1-626-356-7529 or by visiting The Pasadena Playhouse.

If you want more from the actor be sure to tune in for Matt Walton in Made In Jersey.

“One Life To Live” may be gone, but don’t miss what went down with “The Bold And The Beautiful’s” Rick Forrester through Soap Opera Fan Soap Summaries. “PLL” fans, this Tuesday is the season finale! Be sure to read Soap Opera Fan Blog’s Pretty Little Liars finale recap tomorrow, which will include screen shots.