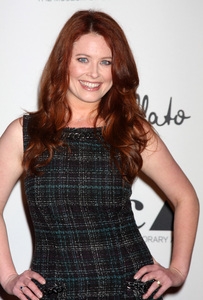 Former “One Life To Live” actress Melissa Archer, who played Natalie Buchanan Banks from 2001 to 2012, will be appearing in yet another new film. Archer will play Kelly Smithson in the indie feature “Coach Of The Year,” which is set to be released sometime in 2013. The project also stars Harris Doran (“The Black Donnellys”) and Montana Marks (“Grown Ups 2”).

Though there aren’t many details being released at this time, the comedy is based on a true story and is being directed by David Stott. Filming is currently taking place in Richmond, Virginia until the end of August.

Archer has stayed busy since leaving her Llanview role. Though many thought she’d make a cross-over appearance on “General Hospital,” Executive Producer Frank Valentini explained issues surrounding Melissa Archer’s Port Charles possibilities, which stem from a previous contract with Prospect Park. She is currently starring as Laura in “Excuse Me For Living” and will appear as Lauren Buccellato in the upcoming film “West End.”

Having Southfork withdrawals? Relive past seasons and find out what the actress who plays Rebecca Sutter Ewing told Soaps.com about the much anticipated upcoming season through our Dallas News Room, and don’t forget to read our Pretty Little Liars finale recap this Tuesday.