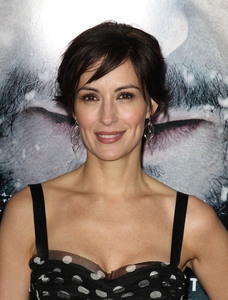 From a mayor to a therapist.

Based on the novels by Gabriella Pierce, “666 Park Avenue” surrounds a historic New York apartment complex that becomes consumed by strange and supernatural occurrences. Moniz will first appear on Sunday October 14. Tune in for the season premiere on Sunday September 30 at 10:00 PM.

Prior to her 2011 Llanview role, the actress played “Guiding Light’s” Dinah Marler Thorpe Jessup and had popular roles on “Nash Bridges,” “The Guardian,” and “Damages.”

Did you hear about the actor who played Seth Anderson Brandon Routh’s Baby News?

Find out about another former “Guiding Light” actress’ new role through Soaps.com’s Primetime Dish, and don’t forget to read our Pretty Little Liars recaps each week.