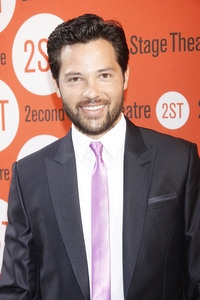 Former “One Life To Live” actor Jason Tam (ex-Markko Rivera) has just landed a leading role in the Keen Company production “Marry Me A Little.” He’ll star opposite Lauren Molina (“Lights Out”). The off-Broadway project, which is based on a revised version of the 1991 play “The Old Boy,” explores a tale of bittersweet and charming love when two singles find themselves alone in their apartments one Saturday night. In order to pass the time they have separate fantasies involving the other with the simple knowledge that they are only separated by one floor.

“Marry Me A Little” will begin with performances on Tuesday September 11 through Sunday October 21, with an official opening set for Tuesday October 2, at The Clurman Theatre at Theatre Row at 410 West 42nd Street, between 9th and 10th Avenues, in New York City, New York. For days, times and ticket information call 1-212-239-6200 or visit the Keen Company.

If you miss Llanview’s Markko check out Soaps.com’s One Life To Live Fan Fiction “Cole And Starr Get News In LA.”

Is it Dr. Greg Evans you miss? Get the scoop on Terrell Tilford’s VH1 series through Soaps.com’s Primetime Spoilers, and don’t forget to read our Pretty Little Liars recaps each week.