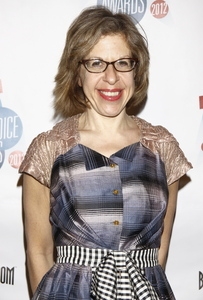 Jackie Hoffman appeared in Llanview numerous times as Eunice Burns during the big Go Red Ball drama in 2009. Now the former “One Life To Live” actress will be turning up in Primetime.

On Wednesday August 15 she’ll appear in the “Melissa & Joey” episode titled “Wherefore Art Thou Lennox,” where Joe (Joey Lawrence) will do some online consulting while Lennox falls for an intern on the opposing side of Mel’s (Melissa Joan Hart) political campaign. Check your local listings and tune in to ABC Family at 8:00 PM.

Hoffman’s recent credits include roles on “Raising Hope” and “Submissions Only.” Before her Llanview gig she appeared on “As The World Turns” as Miranda, among numerous other Primetime shows.

Pine Valley fans, find out where Natalie Hall (ex-Colby) will be turning up through Soaps.com’s After The Soap Finales: Where Are They Now, and don’t forget to read our Pretty Little Liars recaps each week.